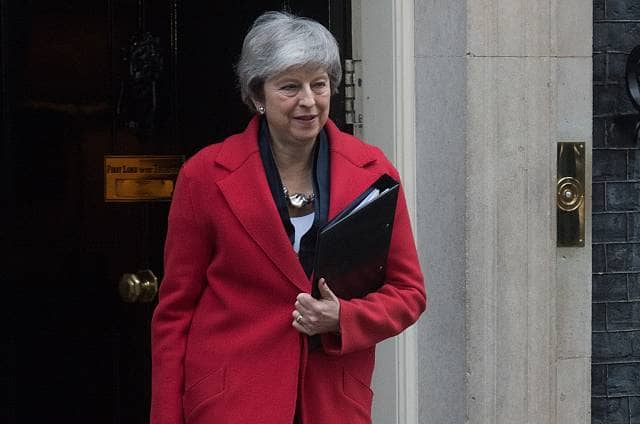 Theresa May presented with gifts at her final cabinet meeting

On Tuesday Theresa May the outgoing prime minister was presented with gifts at her final cabinet meeting as the head of government.

May was given a handbag and a necklace by ministers, members of her top team clapped and banged on the cabinet table in a show of appreciation.

A Downing Street source said, “It was a genuinely nice ending.”

Michael Gove the environment secretary handed the presents to May on behalf of ministers who had a whip around. The black handbag was from Liberty along with a Lalique necklace.

May’s official spokesman told a Westminster Briefing, “There was a mood of thanking the prime minister for her service.”

He said, The PM’s spokesman said, “On behalf of the Cabinet, the Chancellor of the Duchy of Lancaster ended by thanking the prime minister for her great dedication to public service and her commitment to the Union.”

He added, “The PM said the Government could be proud of the progress made.

“Particularly in tackling the burning injustices such as access to mental health treatment.

“The PM thanked the Cabinet for all they have done during her premiership, which she said had done much to improve people’s lives.”