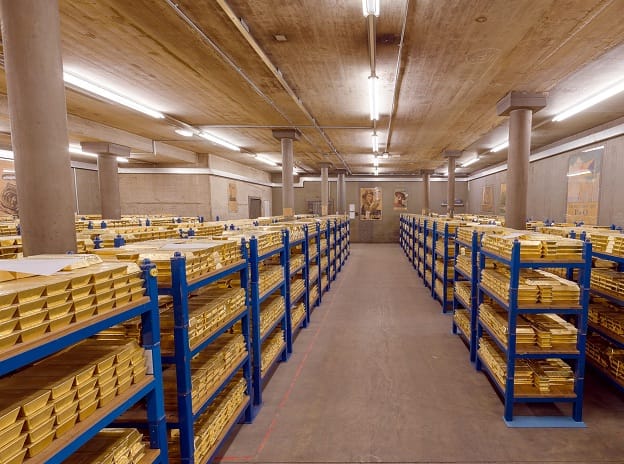 The secret is out! Bank of England sold stolen Nazi gold

The Bank of England helped in the transfer and sale of gold stolen by Nazis after the invasion of Czechoslovakia, new documents revealed today.

The Bank is believed to have sold gold bars on behalf of Germany’s central bank, the Reichsbank, in 1939, after the gold was seized in the Nazi invasion. The transactions took place even though the British government had frozen all Czech assets held in London at the time.

Drafted in 1950, the report said: “Outside the Bank and the Government the Bank’s position has probably never been thoroughly appreciated and their action at the time was widely misunderstood.”

The document described how in 1939 BoE received requests to transfer £5.6m worth gold from a Czech National Bank account at the Bank for International Settlements (BIS) to a Reichsbank account. Later, £4m of the gold was sent to banks in Belgium and Holland.

The report highlighted how then chancellor Sir John Simon didn’t get any answers from then BoE governor Montagu Norman about whether BoE held Czech gold.

“The Governor in his reply (30th May) did not answer the question, but pointed out that the Bank held gold from time to time for the BIS and had no knowledge whether it was their own property or that of their customers. Hence, they could not say whether the gold was held for the National Bank of Czechoslovakia,” said the report.

According to the report: “This represented gold which had been shipped to London by the Reichsbank. This time, before acting, the Bank of England referred the matter to the Chancellor, who said that he would like the opinion of the Law Officers of the Crown.

“On the BIS enquiring, however, what was causing delay and saying that inconvenience would be caused because of payments the next day, the Bank of England acted on the instructions without referring to the Law Officers, who, however subsequently upheld their action.”