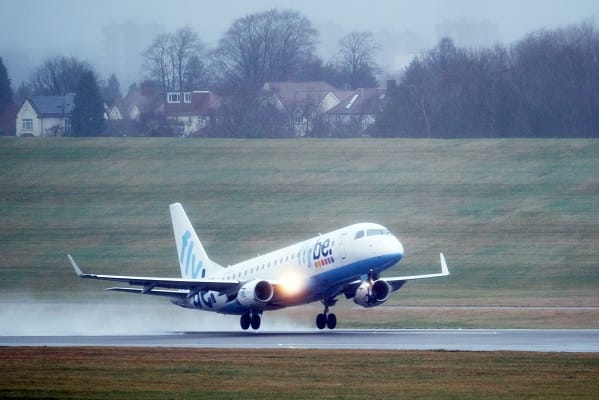 In the latest lowlight of the chaos currently plaguing UK airports—dubbed “airmageddon”— London’s Heathrow Airport cancelled over 60 flights on 11 July, affecting a stunning 10,000 passengers travelling with major airlines including Air France, British Airways and Virgin Atlantic. With uncollected suitcases piling up at Heathrow, Delta even resorted to running a London to Detroit flight with no passengers—and 1000 stranded bags. And all signs indicate that the situation will get worse for holiday travellers, with Heathrow demanding that airlines cut more flights in an effort to impose a cap of 100,000 daily passengers—a demand which Emirates has already defied, pinning the blame for the travel chaos on the “incompetence and non-action” of the airport’s management.

Airports across the UK have been struggling to cope with travel demand since the spring, resulting in persistent issues with flight cancellations, passenger delays, long queues and lost baggage. But this crisis is by no means limited to the UK. US airlines have cancelled over 21,000 flights since May, with hundreds of flights cancelled and more than 12,000 delayed over the July 4 weekend alone. And across Europe, cancellations were over twice as high as in the US between April and June. Given the recent projections from industry experts that operational problems will likely run deep into the summer and possibly as long as 18 months, airports and airlines will need to implement innovative long-term solutions to better manage operations, such as those provided by AI technologies.

The roots of this deteriorating situation lie in the Covid-19 pandemic, during which airlines and airports laid off massive numbers of staff while planes were grounded. This has created significant labour shortages across the aviation sector that have not been filled quickly enough to meet an unexpectedly sharp rebound in passengers as public health restrictions have been relaxed. These recruitment challenges are partly attributable to the lengthy vetting process for security personnel, but issues over low-pay and working conditions have also contributed to the shortages, as highlighted by the recent strikes in European airports.

With their backs against the wall, airports and airlines are now taking urgent measures to raise staff numbers to pre-Covid levels and manage the immediate demand pressures. On the staffing front, British Airways has raised pay for its Heathrow check-in staff to avoid strikes, and airports across Europe have launched recruitment drives to attract workers in crucial functions, including customer service, security and handling. And in a bid to avoid reputation-damaging and chaotic cancellations, airlines have started to reduce their flight offering to a more manageable figure. For example, Wizz Air has indicated that it will cut its flights by 5% for the summer peak, while EasyJet has scaled back 7% for the current quarter and British Airways by a whopping 13% for flights scheduled between March and October.

While these measures are important and necessary to mitigate the immediate crisis, airports and airlines clearly need more sustainable solutions, as their problems will not disappear anytime soon.

The potential of AI to transform the airport experience

Advanced AI technologies have the potential to complement labour and flight management-based interventions with the long-term solutions that airports and airlines need to boost resilience, operational efficiency and customer experience.

For example, IntellAct, an Israeli AI startup, offers a solution that monitors airports’ “turnaround services,” – including aircraft cleaning, refuelling and luggage removal – and sends alerts when performance is lagging behind schedule. The idea behind this technology is to target and boost the efficiency of key operations that often contribute to flight delays, helping airlines to reduce their connection times and deliver their flights on schedule.

Remark Holdings, a US-headquartered AI company, offers a diverse Safety Space Platform, which includes loitering and unattended baggage detection functions that can help airports automate key security tasks, increasing efficiency and safety while freeing security personnel to focus on other tasks. The Safety Space Platform tool can also be used to relieve the immediate pressure of chaotic crowds of people whose flights have been delayed or cancelled, in a similar vein to Scylla’s Traffic Flow Analysis.

The type of pedestrian traffic flow solution developed by Remark and Scylla can support both airports and airlines by using advanced AI technology to monitor passenger flows and identify which areas tend to attract the highest volumes of travellers. With this data, airports can design informed and impactful interventions to adapt these spaces appropriately, thereby ensuring the smooth flow of people and improving the customer experience.

Given the gravity of the current situation in airports, particularly in Europe, it is crucial that airports and airlines go beyond the bare minimum measures to manage the crisis in a smart and innovative way. AI solutions can help manage the immediate passenger demand pressures, which is essential at a time when airlines are disappointing travellers eager to embark on long-delayed holidays and facing severe reputational damage that could cost them much-needed business in the future. But AI can also help drive a more fundamental and long-term improvement of airport operations, ensuring customer satisfaction and loyalty, while enabling airports and airlines to boost future capacity, profits and resilience to labour market shocks through greater operational efficiency.

The chaotic scenes in European airports are likely to persist for weeks, with the underlying gap between labour supply and travel demand potentially set to stay well beyond the short term. Airports and airlines would therefore be wise to take this crisis as an opportunity to implement innovate solutions, such as those offered by AI, that will help prevent similar situations from recurring in the future.