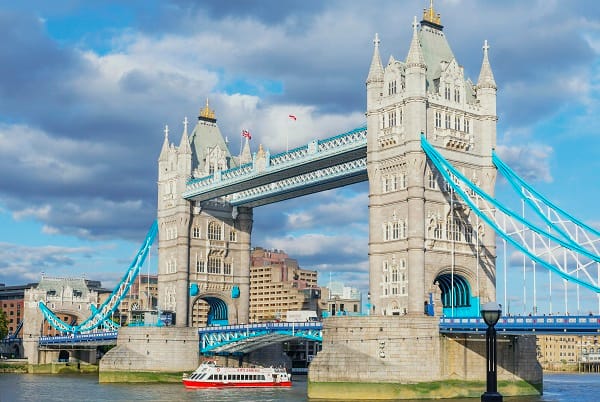 Legal services play a major role in the UK economy, with 2018 figures showing that, in terms of gross value added, they were worth over £55 billion. Better still, legal services exports in 2017 reaped £5 billion. Still, in the UK, the place that stands out as the pinnacle of the legal industry is, of course, London.

Having been the UK’s business hub for decades, it’s not a surprise that so many of the country’s biggest and brightest law firms are based in London. It’s also not a surprise that the constant presence of tech businesses has also spurred an increasing amount of collaboration between the two industries. Now, we can clearly see that lawtech has helped to propel the growth of London’s law industry.

Coming on leaps and bounds

Throughout 2020, the UK’s legal market proved to be as strong as expected, holding firm at £37 billion in its market size, with one of the primary avenues for potential growth emerging as investment in tech. Specifically, law firms that see the greatest benefit are those that t invest in tools that enhance productivity and adapt well to using them.  Plenty of businesses have been applying tech in this way.

In 2021, the biggest law firms continued their march upward. The 100 largest in the UK climbed to combined revenues of £28.8 billion, marking four percent growth. Business is on the up in the largest legal services market in Europe, led by London’s cohort of talent. The legal system of the UK is reliable when it comes to business matters, which instils the essential trust element that has led to nearly half of all global lawtech funding being pumped into the country.

Showcasing its leading talent and innovations, London is also home to Europe-leading law and law-tech expos. This year, the London Law Expo will take place on 24 May, focussing on legal practice management, IT security, and technology as a combined industry. Later, on 13 September, the British Legal Technology Forum will also come to London, with lawtech , IT, and law again being combined for the largest legal-tech conference in Europe.

You don’t have to look hard for examples of London being one of the world’s legal-tech hubs, being home to a great many top-class companies and start-ups. Workshare, Thirdfort, Clara, Vauban, Avvoka, Orbital Witness, Lexoo, Robin AI, and Amicable, for example, offer a glimpse at the depth of law-tech talent innovating the scene in the UK’s capital city.

Innovations on the rise bode well for the future

As indicated by the sheer level of investment coming into London’s law-tech firms, a big part of law business now involves  improving communications between investors and business founders. With London being considered by many as the financial capital of the world, some assume that close proximity is enough. But new law-tech services are emerging to make the process much faster and smoother from the outset and throughout the collaboration.

Now, investment rounds have been streamlined by a single platform, SeedLegals, collating the whole fundraising and legal process into one workflow. Along with the dedicated support bundled in, theservice both helps law-tech firms get funding and showcases the kind of niches that the law-tech market has grown to explore.

It’s a sign of how workflows are changing with the times, with the industry and its clients adapting to modern tech, to provide faster results, clearer communications, and better management platforms. It all loops back to how those that embrace tech see the greatest benefits – especially if the increased productivity leads to more affordable legal services.

London will continue to play a key role in the discovery and development of law-tech in the UK, further cementing the city as a European leader in law.