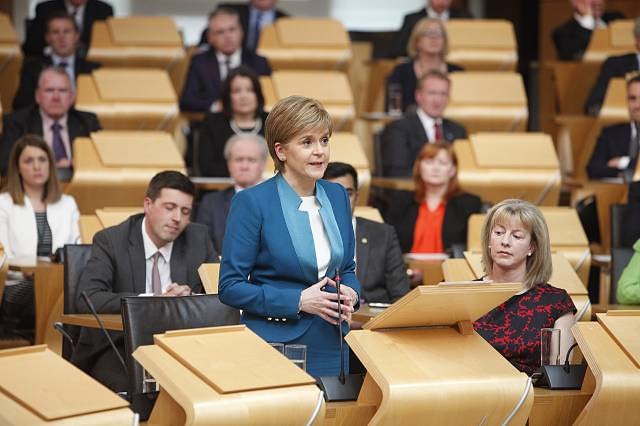 The final Savanta ComRes / The Scotsman poll ahead of the Holyrood election shows the likelihood of a majority slipping away from the SNP, down 3pts to just 42% in the constituency vote.

And with the SNP dropping a further 2pts to 34% in the list voting intention, if these figures were to play out on Thursday it would make a majority for the SNP all the more unlikely.

The poll finds the Conservatives up 2pts in the constituency vote to 25%, while Labour are down 1pt to 22%. The Liberal Democrats are on 8%, while 3% of likely voters who are not undecided are planning to vote for other candidates, predominantly Green Party candidates in the constituencies they are running in.

Respondents were presented with the full list of candidates running in their constituency, including candidates from minor parties and independent candidates where applicable.

In the list vote, with the SNP on 34%, the Conservatives are up 1pt to 23% while Labour remain on 19%. The Green Party are on 9%, likely to be enough to see them increase their representation in Holyrood, while the Liberal Democrats are on 6%, Alba on 2%, and others on 6%.

According to electionpolling.co.uk’s swingometer, these results would leave the SNP six seats short of an outright majority in Holyrood, although with the Green Party potentially taking as many as nine list seats according to this poll, three more than they took in 2016, there would be more pro-independence MSPs in Holyrood than at the 2016 election.

Further, with very little swing being required to for many battleground constituencies to change hands, the differntial distribution of the SNP vote, and that of their opponents, across Scotland could see late the SNP still pick up constituencies despite a drop in their overall vote share according to this poll.

Elsewhere in the poll, favourability for Scottish Labour leader Anas Sarwar continues to increase, with his net favourability rising to +11, just 3pts behind Nicola Sturgeon and 17pts ahead of the next most popular Scottish politician (Willie Rennie, -6).

And when presented with summaries of the key manifesto pledges of the five main parties standing in Scotland, but without the party names or labels attached to them, a fifth (21%) of Scots say the Conservatives have the best manifesto, compared to similar proportions who say the SNP (15%), Green Party (14%), Labour (13%) and Lib Dems (12%) have the best. A quarter (26%) didn’t know.

Commenting on the findings, Chris Hopkins, Political Research Director at Savanta ComRes said, “If these polling figures play out on Thursday’s vote it’ll likely leave the SNP short of the majority they desire and is a fair reflection of a 2021 in which the UK government performance, and a new Scottish Labour leader, have helped shore up the vote in Scotland for the main unionist parties.

Falling a little short of a majority is still ultimately a dominant performance from the SNP, and their disappointment should only be felt in the context of significant poll leads towards the end of 2020, where a disastrous year for a new Conservative government in Westminster, a lack of a Brexit deal and the first of murmurings at dissatisfaction with Keir Starmer were contributing to unprecedented numbers for the SNP and for independence.

However, with some constituency races very tight, these numbers do not even necessarily present bad news for the SNP, and if the drop in support we’ve seen in 2021 can be restricted to areas they’re already strong, Thursday could still yield a strong, pro-independence feel to Holyrood when MSPs return.”