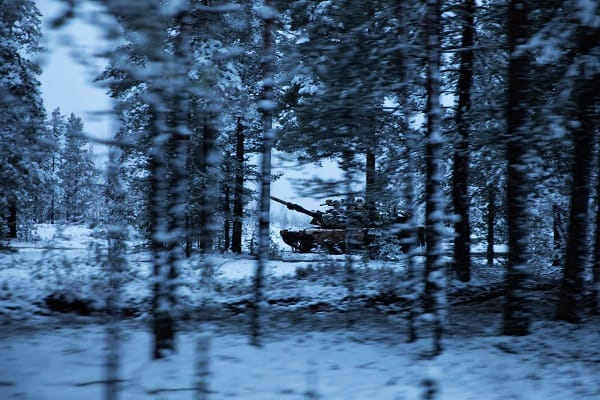 A US intelligence expert has said that Russian troops will be fighting at a “reduced tempo” over the next few months and a retired US commander said that Ukrainians have the “upper hand” for a winter fight.

Avril Haines, director of National Intelligence that both Ukraine and Russian forces will be trying to re-supply and prepare for a counter-offensive after the winter months.

She told the annual Reagan National Defense Forum, “We’re seeing a kind of reduced tempo already of the conflict … and we expect that’s likely to be what we see in the coming months.”

She described what a new post-winter counter-offensive would look like for the Russian army, “We actually have a fair amount of scepticism as to whether or not the Russians will be in fact prepared to do that.

“I think more optimistically for the Ukrainians in that timeframe.”

Retired US commander Mark Hertling told CNN, “The weather plays an equal part on both sides truthfully, but what you’re talking about is the preparedness and the discipline within the force.

“What we’ve seen in the Russian force so far is a lack of discipline, a lack of leadership, poorly equipped.

“What NATO is providing Ukraine right now is the type of uniforms they need to sustain themselves.

“They have the shelter, I saw a picture the other day of a Russian shelter that was basically saran wrap wrapped around trees just to keep the wind out. Ukrainians have tents, they have underground shelters.

“So the combination of equipment performance standards and discipline in my view, even though weather is equal to both sides will give Ukraine the advantage in this winter fight but it’s still going to be very tough.

“The other thing that’s important is during the winter, the daylight, certainly less time of daylight that you can fight.

“The Ukrainians have night vision devices that they can see during the nighttime.

“So you know all of those things play a part and I give the Ukrainians the upper hand and a winter fight in this case.”