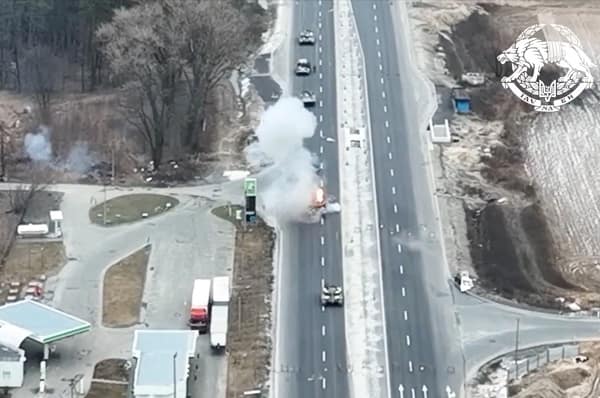 The Russian President’s decision to focus his operations on “liberating” the Donbas region could lead to a “significant and irreparable blow” to the Ukraine’s defence and their survival.

On Friday Sergey Rudskoi, the head of the Russian General Staff’s Main Operational Directorate said that Russia have achieved their “main objectives of the first stage of its operation” and they are now going to concentrate on “liberating” the Donbas region.

Defence and security expert Dominic Nicholls who is also a former British Army office warned that President Volodymyr Zelensky is facing a difficult military and political dilemma and he has two options, he either stands firm and defend the Donbas or his forces retreat.

Nicholls said, “If Ukrainian forces in the east are cut off and surrounded by Russian troops, no matter that 13 of the 16 battalion tactical groups being rushed into the area of operations by Moscow are conscripts, that could be a significant and irreparable blow to the ultimate defence of Ukraine.”

He added that Putin’s forces have now retaken the strategic city of Izyum, which is the gateway to the Donbas.

The former British Army officer wrote in the Daily Telegraph, “They (Russia) can’t pull out.

“To do so in contact with the enemy would invite a chargeback to the sanctuary of the West Bank of the Dnieper river being harried from three different directions.

“That would be military folly.

“It would also be a difficult political calculus for Volodymyr Zelensky to give up such hard-fought and totemic ground.

“Ukraine has been at war with Russia since 2014. That war has been conducted (in plain sight anyway) in the east of the country.

“And if this conflict is to have a negotiated end – as almost all do – Mr Zelensky does not want to be going into talks with the Donetsk and Luhansk Oblasts already lost.

“Vladimir Putin cannot end this reckless, ridiculous and illegal adventure without the Donbas.

“He will not survive without it.

“Equally though, Mr Zelensky cannot allow the area to fall.”