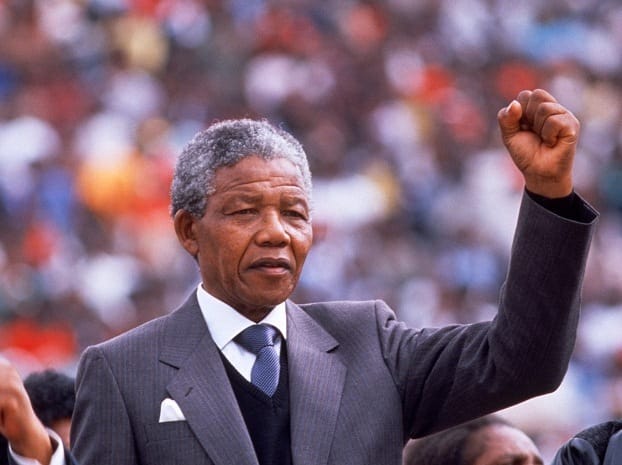 David Cameron said: “Nelson Mandela was a towering figure in our time; a legend in life and now in death – a true global hero.

“Across the country he loved they will be mourning a man who was the embodiment of grace.

“Meeting him was one of the great honours of my life. My heart goes out to his family – and to all in South Africa and around the world whose lives were changed through his courage.”

“He was a unique political figure at a unique moment in history.

“Through his leadership, he guided the world into a new era of politics in which black and white, developing and developed, north and south, despite all the huge differences in wealth and opportunity, stood for the first time together on equal terms.

“Through his dignity, grace and the quality of his forgiveness, he made racism everywhere not just immoral but stupid; something not only to be disagreed with, but to be despised. In its place he put the inalienable right of all humankind to be free and to be equal.

“I worked with him closely, and remember well his visits to Downing Street. He was a wonderful man to be around, with a sharp wit, extraordinary political savvy and a lovely way of charming everyone in a building.

“He would delight in making sure that the person on the door or serving the tea would feel at home with him and be greeted by him with the same kindness and respect he would show a leader. So the warmth of his personality was equal to the magnitude of his contribution to the world.

“He was a great man, a great leader and the world’s most powerful symbol of reconciliation, hope and progress.”

The archbishop of Canterbury, Justin Welby, said: “South Africa has lost its greatest citizen and its father. Nelson Mandela, fighting to the end, is freed to be with his God in joy and reward for his great service and sacrifice. We are challenged to show the same degree of humanity, of courage and of generosity.”

Former prime minister Gordon Brown said: “Nelson Mandela was the greatest leader of our generation. A leader of magnanimity, fortitude, unshakeable optimism and, most of all, the most courageous man I ever met.

“True courage requires not only strength of will but strength of belief. What motivated Nelson Mandela and drove him to risk his life for freedom was a burning passion that, irrespective of colour, race and background, all people are created equal – and his list of historic achievements starts with a multiracial South Africa.

“Every accolade in the world was awarded to him, but the one he prized most was Children’s Champion. As he said in his book, he had climbed one mountain, but there is another still to climb – dignity for every child. He was the greatest of Africans. He had greatness as vast as the continent he loved. He had within him the greatness of the human soul.”

Labour leader Ed Miliband said that the world had lost the inspirational figure of our age. “Nelson Mandela taught people across the globe the true meaning of courage, strength, hope and reconciliation. From campaigner to prisoner to president to global hero, Nelson Mandela will always be remembered for his dignity, integrity and his values of equality and justice.

“He was an activist who became president and a president who always remained an activist. Right to the end of his life he reminded the richest nations of the world of their responsibilities to the poorest. Above all, he showed us the power of people, in the cause of justice, to overcome the mightiest obstacles.”