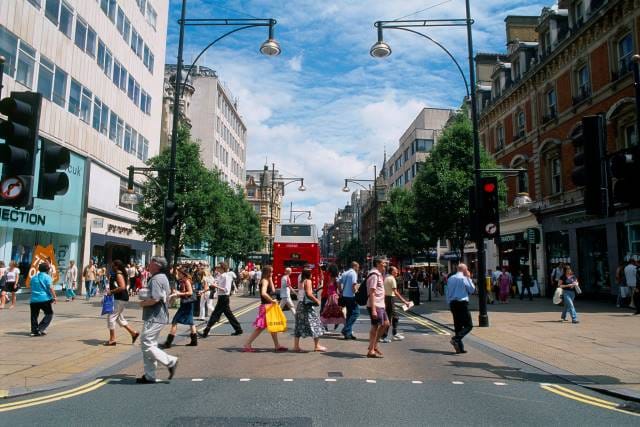 Founded in 2015 by Max Kreijn  (36) and Nick Brackenbury (31), the duo developed a powerful technology that links products on shop shelves in real-time to nearby customers searching in Google.

The round was led by consumer tech specialists, YYX Capital, who also led the seed round of SuperAwesome, which recently announced that Microsoft’s venture fund, M12, had just acquired a stake in the ‘kidtech’ pioneers.

NearSt will use the cash injection to accelerate uptake by retailers in the UK with a wave of new hires, and launch the start-up’s offering in the US.

Currently sending 5,000 extra customers per month into UK high street stores via its technology, who would have otherwise shopped online, NearSt will also use the new cash injection to grow this to over 100,000 a month by year end, providing a welcome boost for the high street.

“Most of the products we buy online are stocked in a store nearby” says Nick Brackenbury, co-founder of NearSt. “Until today though, they were invisible to your smartphone, so online was the only easy option. We’re solving that problem for retailers by making it effortless to get their products seen by the millions of local searches happening everyday near their stores.”

“The magic of NearSt is how simple it is for a retailer to take advantage of this cutting edge technology. A few minutes and a few clicks is all it takes to get their inventory management system hooked up.”

Shops install a piece of software that automatically connects to any type of shop till or inventory management system. Shortly after, they will start seeing their products appear in local search results, sending nearby shoppers in-store who might otherwise have ordered online.

The technology has seen widespread uptake by British retailers as a low-effort but powerful tool to fight back against the likes of Amazon, with over 30% of independent retailers in some sectors already using the service.

Speaking to Steven Senior, owner of Yorkshire-based hardware shop, Mortens of Ilkley, about his first month on NearSt, he said, “We had customers actually come into the shop saying they searched for something online and we came up in Google – each of these led to a sale.

“I’m sure there were many more instances where local people came to the shop after finding us on Google. I would recommend NearSt to other retailers as a way to increase footfall.”

James Cox, Founding Partner at YYX Capital said, “Many people presume e-commerce signals the death knell for the high street, but over 90% of all purchases still happen in-store globally. This is a multi-trillion dollar market that technology has barely touched, and NearSt has the potential to truly transform how we all interact with physical retail. Google already see the impact live in-store inventory data can have, and we’re just scratching the surface with the potential this can have for other technology companies.”

“NearSt epitomises the type of next generation business that YYX Capital aim to back; those developing genuine innovations that will transform the way we interact with commerce on a daily basis.”