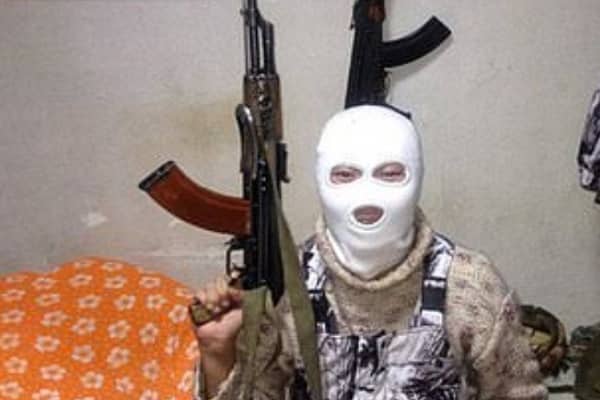 Vladimir Andonov, 44 who was one of Vladimir Putin’s most notorious mercenaries dubbed as “The Executioner” has been shot dead by a Ukrainian sniper in the Kharkiv region.

Andonov who was from the Buryatia region of eastern Russia was a member of the Wagner Group who are a bunch of rag tag mercenaries who are mainly ex special forces and ex-paratroopers.

The Wagner Group have fought around the world for Putin and the merceneries are run by two of the Russian leader’s closest allies, oligarch Yevgeny Prigozhin and his partner Dmitry Utkin who have modelled the firm on other private armies such as blackwater and Executive Outcomes based in South Africa.

Russian military sources in Buryatia havee confirmed his death on Telegram, with one person writing, “He died at night, during the reconnaissance of the area, together with his companion, probably killed by a sniper.”

Another military channel on Telegram said that Andonov was killed with Bair Mitupov, another fighter from Buryatia.

The newspaper Baikal Daily, reported, “In Ukraine, the legendary volunteer from Buryatia Vladimir Andonov, known as Vaha, has died.

“Information about his death was confirmed by the head of the Buryat branch of the public organisation of Combat Brotherhood veterans, Jambal-Jamso Janaev.

“He said the funeral would take place in Ulan-Ude.”