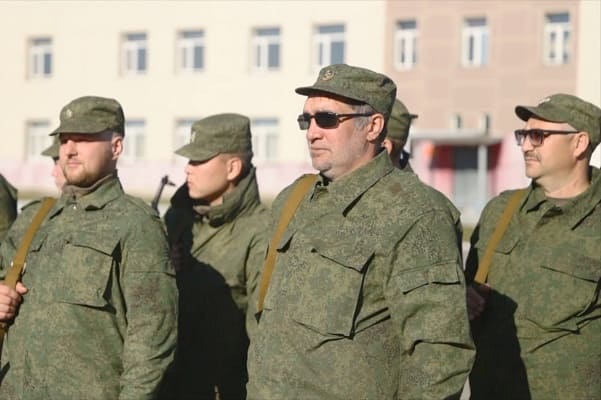 Vladimir Putin has signed another decree for the autumn draft, conscripting a further 120,000 people who will be called up to serve in the Russian Army as part of statutory military service.

On 21 September Putin ordered the partial mobilisation of 300,000 reservists to fight in his faltering war in Ukraine.

TASS quoted the Russian Defence Ministry who said the autumn conscription was “not in any way related to the special operation.”

Most of the men who are being called up are from Western and central regions of Russia.

According to Vladimir Tsimlyansky, deputy head of the main organisational and mobilisation department of the Russian General Staff said that they will send 120,000 conscripts to different military branches.

Most of the conscripts will be ground forces and the autumns draft of new recruits is some 7,500 less than last year.

Tsimlyansky said, “even during the special military operation, the number of new recruits fully satisfies the needs of the state’s power structures.

“Most of the recruits from the military commissariats will be sent to training formations and military units, where they will master modern military equipment and receive a military registration specialty within five months.”

He added, “Officers of the military commissariats can, over the phone, specify the data of citizens necessary to fill out military registration documents, but software is not used for these purposes, and even more so a voice recorded on tape.”