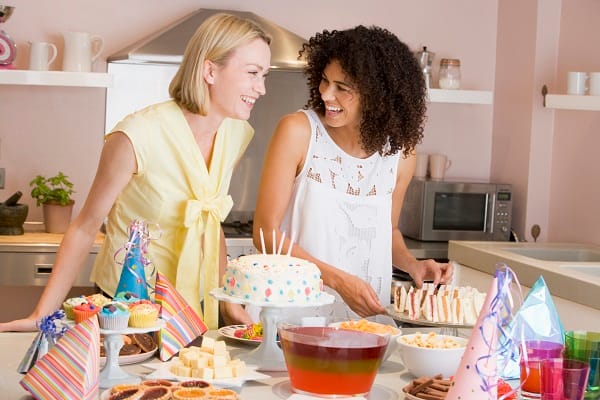 Pioneering the femtech push: How Flo Health emerged as a trailblazer in women’s health

Femtech may still be in its fledgling stages, but it’s already recognised as a largely undervalued industry – particularly among venture capitalists. However, Flo Health’s recent $50 million fundraiser offers an insight into a brighter future for women’s health.

Flo Health, which is the firm behind one of the world’s most-used period and fertility tracking apps, attained its added windfall during a Series B funding round led by European tech investors Target Global and VNV Global, taking its total capital raised to $65 million, leading to a company valuation of around $800 million.

The company has experienced significant growth – particularly in the wake of the Covid-19 pandemic, and the company forecasted annual revenues of $100 million for 2021.

Flo has been downloaded over 200 million times and boasts as many as 43 million monthly users. The platform is available in 20 languages and provides users with access to medical experts, personalised health insights, and community-powered forums. To date, Flo has tracked over one billion menstrual cycles.

Flo Health has around 350 staff members at present, and its new windfall will be used to hire more tech talent across various roles including product, engineering, and medical sectors.

As the chart above shows, the femtech market is set to grow at a CAGR of 15.6% over the course of the decade, reaching a value of more than $60 billion by 2027.

“One interesting non-public company in the industry is Flo Health. The company has developed an artificial intelligence-based women’s health app that supports women at every stage of their reproductive cycle,” Manturov noted.

“In recent years, new start-ups have been developing and launching new and sophisticated digital tools targeting women while attracting major investment in the industry.

According to PitchBook, the femtech industry raised more than $1 billion in 2021 (for the first time in its history),” he added.

Flo Health’s emergence as a pioneer in the field of femtech represents a great step for an industry that hasn’t always enjoyed an abundance of VC attention.

Changing the perception of Femtech

Often perceived as pregnancy planning apps, the femtech industry actually comprises of a vast variety of technology products intent on improving the health and wellness of women. Often coming in the form of apps, femtech companies can seek to address general health and mindfulness, diagnostics, reproductive health, pregnancy, childcare and family health and so on.

As much as 45% of women are suffering from specific chronic conditions like polycystic endometriosis, autoimmune diseases, and hormonal disorders, and each year they spend between $1,000 and $3,000 on addressing their symptoms. However, only 4% of global medical research spending goes towards women’s health.

In fact, while pregnancy and parenthood accounted for the largest share of VC funding in the past 5 years, 2021 shows a different trend. The leading segments this year in U.S. are:

The menopause sector also doubled in funding between 2019 and 2021, marking a widespread and important shift within femtech from a niche industry into an essential one for women around the world.

Access to pregnancy or fertility services must be regarded as imperative for women everywhere, and despite most users only needing them for a short period of time, their use can improve the quality of life of users across a global market.

Looking to a bright future for Femtech

Flo Health’s roaring success isn’t an isolated event. London-based Elvie recently secured £58 million in a Series C funding round. The future for femtech is all-encompassing, and can span far more subsectors of women’s health beyond its traditional focus on fertility.

There may be further growth on the cards for femtech through working to cater to groups within the LBGTQ+ community, actively including trans and non-binary individuals in a bid to bridge the gaps in traditional healthcare. In the coming years, we’re also likely to see more AI and cloud-based solutions as a means of improving accessibility.

“Elvie has already revolutionised every category it has entered – but we know that we have barely scratched the surface of what is possible for women’s tech,” noted Tania Boler, CEO and founder of Elvie. With the likes of Flo Health and Elvie pioneering large scale fundraising rounds within the industry, the future certainly looks bright for the fledgling femtech landscape.