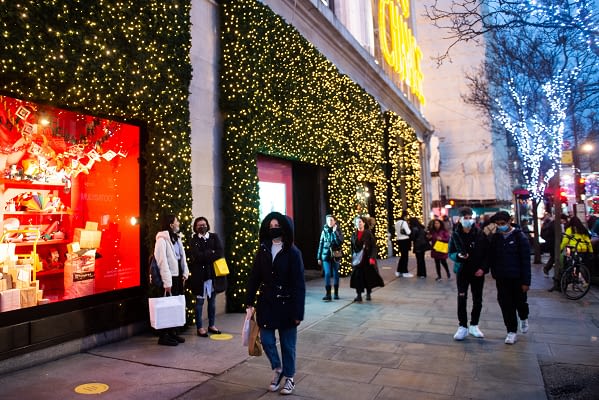 Retail leaders are the most concerned of any other sector about their teams’ productivity as we move into a post-pandemic world, according to a new study from leading business transformation consultancy, Agility in Mind.

The new insight, which was commissioned in conjunction with global researcher, Censuswide, as a basis for Agility in Mind’s How to Grow playbook, indicates that 68% of retail decision-makers are worried about the productivity of their workforce as we emerge from the pandemic. This compares to the cross-industry average of 51% of decision makers who feel worried about productivity.

In addition, nearly three quarters (73%) of retail leaders are worried about engaging the hearts and minds of their employees, second only to the sales and marketing (79%) sector. The least worried sector is arts and culture at 32%.

In the retail sector, 86% of bosses report their wish to find new ways to improve employee productivity, engagement, and motivation but nearly half (48%) don’t have the time or aren’t sure how to approach this. Only 14% of retail leaders believe that these improvements are not a priority or an issue currently facing their businesses.

Andrew Jones, CEO of Agility in Mind, says: “After two years of multiple lockdowns, strategic objectives have largely moved from survival to growth which comes with its own set of challenges including maximising the productivity of teams. As ‘the Great Resignation’ takes hold and numbers of employees leaving their positions soar, fostering a collusive atmosphere where achievements are celebrated is key to bring teams together and inspire loyalty and productivity. Managers are being challenged to think differently, to value each employee’s potential and build teams which have both diversity of thought and complimentary skillsets. Those who do are likely to pull ahead of their competition.

“It’s clear that many retail bosses are aware that they play a part in the productivity of their teams but may not know how to engage with this effectively or efficiently. Especially as new ways of working take hold, the path to productivity may appear to be winding – or at least a little different for each employee. But a universal truth across all sectors is that employees who feel good about their jobs are more productive at work and better for the company, helping to drive it forward. Important ways for leaders to inspire this are involving employees in the wider company mission, helping them to align with the vision and encouraging teams to work towards clear shared goals to achieve it.”