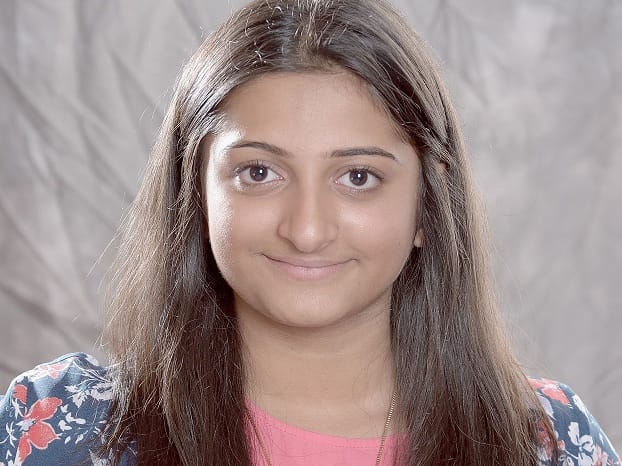 One to watch: 16-year-old entrepreneur Nina Devani, the youngest everywoman Awards finalist ever

Two years later, and Devani has just become the youngest ever finalist in the NatWest everywoman Awards, which celebrate the UK’s leading female entrepreneurs aged 16 to 54.

She tells us about her business story…

The idea came to me while I was in the car and my dad was complaining about how he had to change all his passwords because one of his accounts had been compromised and he kept the same password for all his online accounts. After changing them, he then struggled to remember them. It occurred to me that many people do this and is very unsafe for individuals and companies to pass them to a third party. I thought that there must be a way around the issue of trying to remember different passwords, which affects millions of people. That is when “Prompt Me Nina” and later “Prompt Me Now” occurred to me.

The market for password management is said to be worth over $700m by 2019, but I think if you look at all the security aspects that still need continuous improvement for doing transactions online and managing accounts online, it is already worth billions more today.

I want to focus on the security area, as I think there is substantial potential here to make money and build a profitable business.

For the Android mobile version it’s free for up to five prompts, and after that just 99p for an unlimited version. I have now however developed and just released a Windows version on sale at £29.99 from my website.

Well, my dad helps me with the corporate governance and I have a great investor who helps me focus and grow the business. I also have a team of coders that I use to build prototypes and I have access to additional developers as needed in India to build a production model. My sister also helps me with the finances as she is studying Business & Finance at university.

I raised some initial capital from a private investor, but as the business is growing, we are now looking at raising an additional round with some of the new ideas that we wish to develop further and bring to market.

I would say that never think that you are too young to start your own business and don’t think that it’s all too much of a task to start. At the beginning it seems like too much of a journey that is too hard to undertake and so many people give up before they start. Don’t give up and keep persevering because you have to try in order to succeed!

Raising my initial funding was a big milestone, as I knew that if external investors believed in the idea then I had a very good chance of turning this venture into a viable business. However, that honeymoon was short-live. As soon as I had raised the cash then all my energy was turned to delivering the app as I had described to my investors.

Keeping good relations with investors and delivering what you promise is the key to growing a business.

My days are always varied and my metrics change depending on what I’m working on. From conference calls with my development team, spending hours testing, or creating new pages for my website, every task has been great to complete.

Well, I am sure anyone that has run his or her own business will tell you that it always takes a bit longer than you think and things don’t always go to plan. Learning to adapt and work around what you have is one of the biggest lessons I’ve learnt, especially initially finding a balance between working on my business, school life and free time.

In the initial release, when the mobile application was run, there was what I thought a ‘cute’ little icon in the corner of the phone. I though it was great but users don’t like icons to be permanently displayed, so we had to do an update to remove it.

User feedback is really important and so now we do our research fully before releasing a new product.

I have just released an enterprise version called “Prompt Me Now” that gives full control to IT departments to allow users to set reminders, not just on websites but also internal private networks. I am now looking at security for payments, which I believe is a big industry and I have some new ideas that I am talking to investors about now. It is very exciting and the initial feedback has been great.

From zero to £190m: How Nick Wheeler built Charles Tyrwhitt

Fans of the 28-year-old shirts business include Lord Sugar

From entrepreneurs, authors and icons