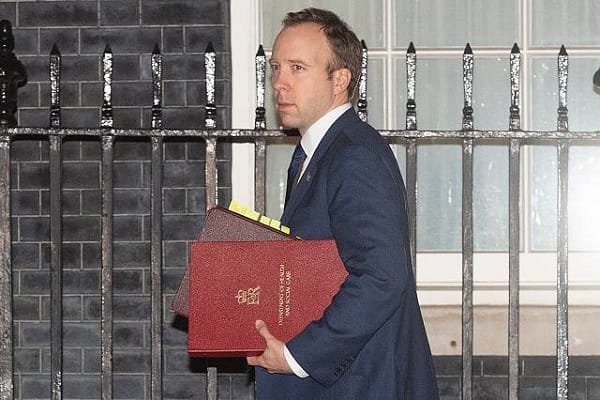 Health Secretary Matt Hancock has banned households from midnight on Thursday evening from meeting inside their homes due to repeated breaches of the rules.

The repeated breaches of the rules in northern England has helped with a major spike in new coronavirus cases.

Parts of Manchester, Lancashire and Yorkshire are where the bans are now in effective from Friday. As LondonLovesBusiness reported on Thursday, the highest cases in England are, Blackburn with Darwen have 85.3 case rates per 100,000 population, according to the NHS Digital’s data.

Mayor of Greater Manchester Andy Burnham said they have seen a “marked change in the picture” with the spread of coronavirus.

He said, “I ask all Greater Manchester residents – young and old alike – to protect each other by observing these new requirements.

“This is a place which prides itself on looking out for each other. We now need to be true to that by not acting selfishly and keeping the health of others in mind at all times.”

Leicester now has 57.7, Oldham with 53.1 and Bradford with 44.9, per 100,000 population, all these areas are currently higher than Spain, which forced the government to impose quarantine measures on holidaymakers last weekend.

Calderdale has 32.4 cases per population, with Rochdale at 30.9 and Sandwell with 27.5. Sandwell were so frustrated with Whitehall, they set up their own contract tracing system.

Speaking to Sky News on Thursday evening, Hancock said, “We’re looking at the data and unfortunately we’ve seen across parts of northern England an increase in the number of cases of coronavirus.

“So, today I held a meeting of the Government’s Gold Committee and working with local leaders – including for instance Andy Burnham, the mayor Greater Manchester, we’ve decided that we need to take greater action across Greater Manchester, East Lancashire and parts of West Yorkshire.

“So, from midnight tonight, we are banning households meeting up indoors.

“We take this action with a heavy heart but unfortunately it’s necessary because we’ve seen that households meeting up and a lack of social distancing is one of the causes of this rising rate of coronavirus and we will do whatever is necessary to keep the country safe.”

The Health Secretary added, “Across parts of northern England we’ve seen an increase in the rates of coronavirus and one of the reasons for that increase is that we’ve seen households gathering and not abiding by the social distancing rules.

“And that means that we’ve had to take the decision to ban households meeting together indoors.”

A government source told Sky News, “You shouldn’t be intentionally meeting people from outside your household in an enclosed place – that includes pubs and restaurants and bars.”

The Prime Minister told Sky News on Thursday afternoon, “There are between ten and 30 places where you are seeing it bubbling up a little bit.

“I think the country as a whole understands that the best way to deal with this is if we have tough local lockdowns to get it under control in those towns.”

Boris Johnson added, “It is absolutely vital that as a country we continue to keep our focus and our discipline and that we don’t delude ourselves that somehow we’re out of the woods or that this is all over, because it isn’t all over.

“The most important thing we can do is stop a second wave, a really damaging second wave, which will have real consequences.”

Scotland’s First Minister Nicola Sturgeon said, the decision to ban households in Greater Manchester, East Lancashire and West Yorkshire from meeting indoors was the “right” one.

The FTSE 100 moved higher on Wednesday morning, with today’s trading session in London …