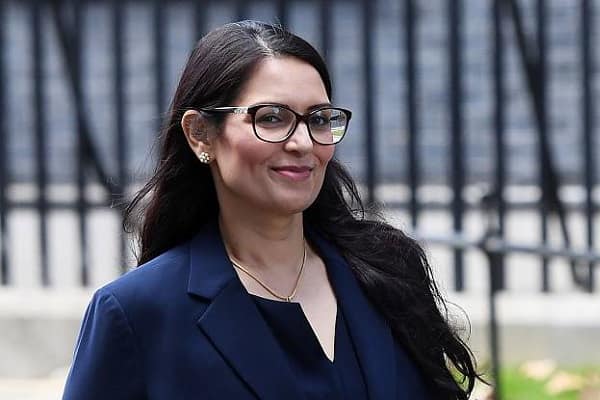 It has been claimed on Sunday that intelligence chiefs are sharing less “intelligence” with the British Home Secretary as they have no “confidence” Priti Patel’s “abilities.”

MI5 find her “extremely difficult to deal with” as she fails to “grasp the subtleties of intelligence.”

It has been suggested that MI5 chiefs allegedly “roll the eyes” after Patel intervenes during high level meetings.

The Sunday Times reported that intelligence chiefs have reduced what they share with the Home Secretary.

An official told The Sunday Times, “The spooks find her extremely difficult to deal with.

“She doesn’t grasp the subtleties of intelligence. It’s not black and white. They don’t have confidence in her abilities.”

Another source told the newspaper, that the security services “have to decide how much to share, and they share less” and that Patel is now “informed about things later in the decision-making process.”