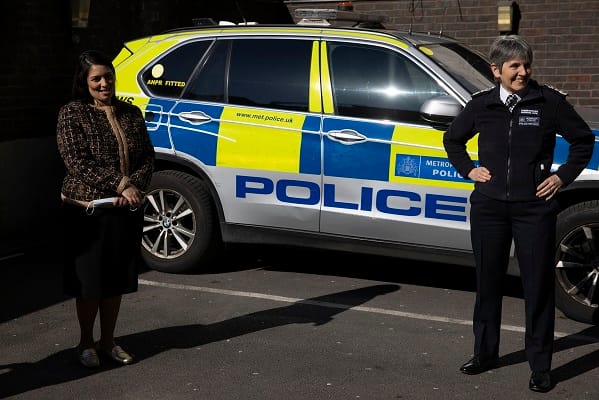 Met Police chief put ‘on notice’ by Sadiq Khan over ‘the culture of racism, homophobia, bullying and misogyny’

The Mayor of London Sadiq Khan has put the Metropolitan Police Commissioner Dame Cressida Dick “on notice” over a “culture of racism, homophobia, bullying and misogyny” within the force.

A report by the Independent Office for Police Conduct (IOPC) revealed that there has been highly offensive language used on Facebook and WhatsApp chats by police officers.

The IOPC published the messages in full because the watchdog felt it was important for the public to know.

On Wednesday, a spokesperson for the Mayor said, “The mayor and the commissioner had a very frank discussion which lasted for well over 90 minutes.

“The Mayor made clear to the commissioner how angry he is with a return to the bad days of the Met of his childhood in the 1970s and 80s, and that neither he nor Londoners will put up with this.

“He has put the commissioner on notice.

“He said the Met needs to urgently show it has an effective plan for restoring the trust and confidence of Londoners in the police and to drive out the culture of racism, homophobia, bullying and misogyny which clearly still exists within its ranks.”

A source close to Khan also said, “If the commissioner is not able to do so, then the Mayor will have to consider whether she is the right person to lead the change needed at the Met.”

Shadow Home Secretary Yvette Cooper told the BBC’s Today programme, “Officers talking and joking about raping or beating their wives, and using homophobic insults and awful racism – you cannot ever tolerate this kind of abuse, racism or misogyny, it must have no place in policing and be rooted out.”

Home Secretary Priti Patel told the Commons Home Affairs Committee on Wednesday that the messages indicated a “failure of leadership” but she added she is “confident” in Dame Cressida.

Patel was then asked by committee chairwoman Dame Diana Johnson if she thinks police forces are “institutionally misogynistic.”

Patel told the committee, “There are problems with the culture, and some aspects of the culture, within the Metropolitan Police.

“I do think there are some very, very serious and significant matters that need, not just following up, but further investigation.

“I also think it shows a failure of leadership in some quarters.

“So you’ve asked me the question about institutional misogyny within policing. There are cultural issues there.

“What we saw in the IOPC report absolutely points to, I’m not even going to say just misogynistic behaviours, I think it’s cultural and attitudinal.”