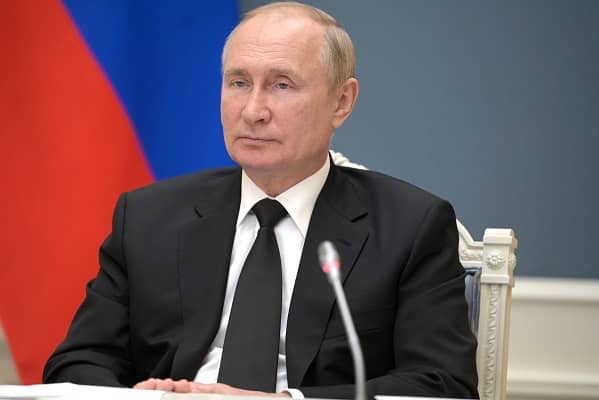 The Russian President Vladimir Putin has signed a new law allowing him to seize bank accounts or officials.

Putin will now be allowed to take money from bank accounts where there are “significantly higher” bank deposits, than what the owners declared income over the past three years, Russian state TV has reported.

It is possible that the severe sanctions on Russia is making Putin desperate to keep the economy running.

Putin’s crippling economy delivered yet another blow as Mastercard, Visa and PayPal cut services in Russia

Following a barrage of global economic sanctions the West effectively “took down Russian finances in one day” and Moody’s Investors Service has downgraded Russia to junk.

Russia’s credit rating has been downgraded to “junk” and last week S&P made the same assessment that they have no confidence in the Russian economy.

Fitch said in a statement, “The severity of international sanctions in response to Russia’s military invasion of Ukraine has heightened macro-financial stability risks, represents a huge shock to Russia’s credit fundamentals and could undermine its willingness to service government debt.”

The Russian economy was delivered yet another devastating blow as Mastercard, Visa and PayPal have suspended all operations in Russia.

ATM’s at Russian banks will no longer accept their cards which will be devastating for the Russian people.