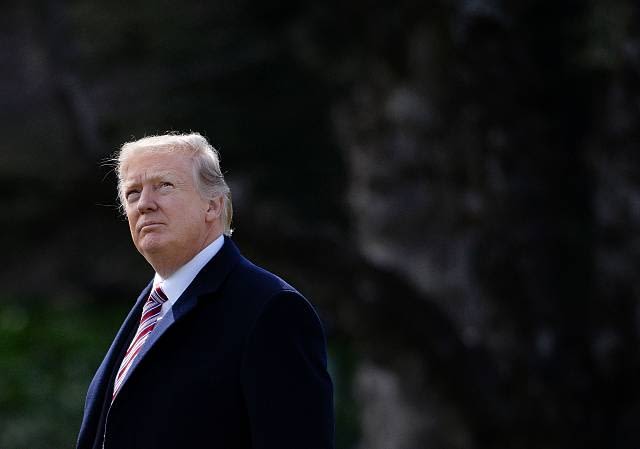 Lord Sugar joins Brits to blast Trump ahead of visit

Ahead of Donald Trump’s arrival in the UK, a poll conducted by YouGov for ITV’s Tonight programme has revealed that three quarters of the British population (77 per cent) have an unfavourable view of the President of the USA, while only one in five have confidence in Prime Minister Theresa May’s ability to negotiate with him. Four out of five British women (80 per cent) have an unfavourable view of Trump and half of the British public (49 per cent) believe he should not meet the Queen during his visit.

77 per cent of British public have an unfavourable view of Donald Trump.

Just 22 per cent of us have confidence in Theresa May’s ability to negotiate with Donald Trump while 69 per cent say we are not confident.

49 per cent of us think DT should not meet the Queen during his visit.

Just 13 per cent of women have a favourable view of DT.

80 per cent of women have an unfavourable view of DT.

Only 11 per cent of women would have voted for DT in the 2016 election if they knew what they know now.

69 per cent of women think DT had been a poor or terrible President, with 47 per cent saying he has been terrible.

59 per cent of women say they thought Trump would do badly and that he has.

78 per cent of women believe DT is a sexist.

Speaking to ITV’s Tonight programme, a range of leading politicians, business leaders, academics and workers have given their views on the American President:

Alex Salmond, former First Minister of Scotland: “You can’t cosy up to him, because you’ll be contaminated by whatever daft thing he does next.

“He regards himself as the greatest dealmaker on the planet. Now that’s a slight exaggeration in Trumpian terms, but it’s not a total exaggeration.

“It wouldn’t be in his DNA not to get the best deal possible.

“Try to do a deal with him… If he’s in a position of strength which he would be – the UK will get taken to the cleaners.”

Nigel Farage: “Trump is a half-British American President. Can we please get that into our minds?

“Trump’s relationship with May is something that I think he looked forward to with optimism and hope. And he’s now very disappointed.

“What Emmanuel Macron has done is very clever. He’s developed a personal relationship with the President. If there’s a little bit of human chemistry there you’ve got a chance.

“What we get is the British Prime Minister condemning and criticising virtually everything the President does, when the politically correct hue and cry goes up.”

Lord Alan Sugar: “He’s got a fragile ego, there’s no question of it. I mean the thing that he needs to learn in my opinion is to stop reacting to criticism.

“He has to react and that’s not really the actions of a proper statesman and a President. He should just calm down a little bit.