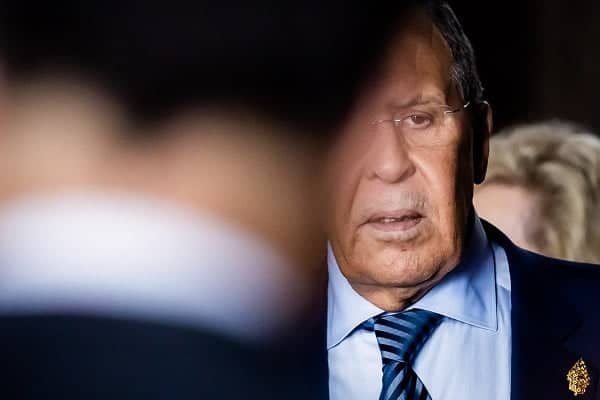 The Russian Foreign Minister Sergei Lavrov has said during a state visit to South Africa that they are now no longer in a “hybrid” war, and then warned that Moscow is “almost in a real one.”

Senior figures within the Kremlin are furious over the West and NATO’s involvement in Ukraine in supplying heavy weaponry, training, billions in aid packages and now tanks.

The European Union’s foreign policy chief Josep Borrell said on Monday that he is hopeful EU states will support a €500 million support package to be sent to Ukraine.

The €500 million package is from the European Peace Facility, and he hopes Foreign Ministers will back the agreement.

On Monday the Kremlin further warned that Ukraine will “pay the price” if tanks are sent to Kyiv from the West and NATO along with further military aid.

The Kremlin’s spokesman Dmitry Peskov said, “But of course all countries which take part, directly or indirectly, in pumping weapons into Ukraine and in raising its technological level bear responsibility [for continuing the conflict].

On Friday Peskov said that by sending tanks to Ukraine to fight against Russia, is an “upward spiral,” which will spark an escalation in the war.

Peskov said, “We have repeatedly said that such supplies will not fundamentally change anything but will add problems for Ukraine and the Ukrainian people.”

Dmitry Medvedev, the Deputy Chairman of the Security Council of the Russian Federation, warned NATO there is a risk of a “nuclear war.”