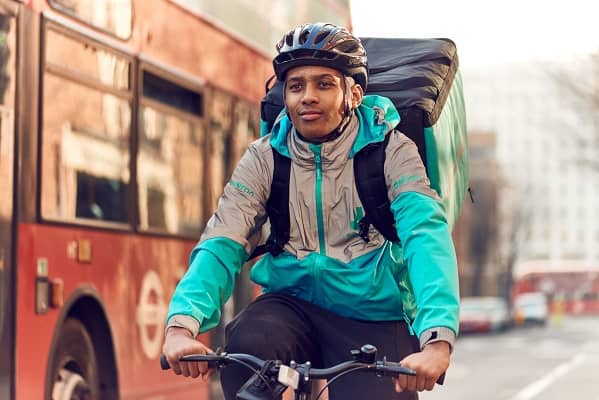 The Independent Workers’ Union of Great Britain (IWGB) is challenging Deliveroo’s denial of collective bargaining rights in the Supreme Court, months after the gig-economy giant signed a so-called ‘partnership’ deal with the GMB union.

A victory for the IWGB would mean that delivery couriers working for the company would be classified as workers for the purpose of Article 11. A victory would set a precedent for collective bargaining rights across the gig-economy, and it would pave the way for a future worker status claim (limb B) to ensure that Deliveroo couriers have both basic worker rights and flexibility.

Deliveroo’s announcement of its union partnership deal – in which the company claims it will negotiate with GMB over certain conditions – stands in stark contrast with its stance that self-employed (independent contractor) status prevents riders from any entitlement to collective bargaining rights.

The GMB agreement, which began this month, fails to address numerous problems with Deliveroo’s employment practices in proposed negotiations, including the lack of holiday pay and pensions.

The agreement also does not tackle overhiring and unpaid restaurant waiting times, the biggest causes of low pay. IWGB is seeking the right to negotiate improvements to all aspects of couriers’ working life, in particular, pay, hours and holidays, as the statute requires.

The IWGB began organising with Deliveroo couriers in 2016 around pay, precarity, and safety. It has the largest membership of app-based couriers of any union in the UK. In 2020, the IWGB launched the #ClappedAndScrapped campaign against Deliveroo’s unfair dismissal practices, backed by a cross-party group of 60 MPs in an Early Day Motion.

In April 2021, the IWGB coordinated huge strikes during the company’s disastrous IPO – labelled one of the worst in London’s history. In May this year, IWGB members attended the company’s first AGM to question the board on its poor employment practices.

The IWGB has a history of landmark legal victories across sectors with precarious employment, most notably the 2021 ruling that foster carers are workers for the purposes of Article 11. In 2020, the IWGB also won basic health and safety protections for workers across the gig-economy.

“Clearly, Deliveroo accepts the legitimacy of collective bargaining for couriers but is simply not prepared to engage in collective bargaining with the union that has the largest membership of gig-economy couriers. Deliveroo should be investing this money in courier pay and conditions, rather than trying to silence its workers who only want a seat at the table.”

“At a time when I can barely pay my energy bills and the cost of living is still increasing, I find it offensive that Deliveroo has put so much time and money into denying its workers the basic right to have a collective voice.

“Management at Deliveroo clearly has no idea what it’s like to be a full-time rider, and is so scared of what we might ask for that it’ll move heaven and earth to deny us the option to negotiate. This case isn’t about them disagreeing with our demands, it’s about them plugging their ears and pretending that our experiences don’t exist.”

Ian Morrison, Deliveroo Courier, said, “In the past, when I spoke to fellow riders there was often the sense that we were in competition: that as long as we worked harder, we wouldn’t have to put up with Deliveroo’s poverty pay and lack of rights. If things were rough, it was your own fault.

“Nowadays, riders see through this myth that Deliveroo has tried to sell to us. We’re seeing riders come together and fight to improve our pay and conditions because we’re all in the same position. To see Deliveroo spend hundreds of thousands on trying to silence us, rather than using that money to improve our jobs, shows just how little they care about our lives.”