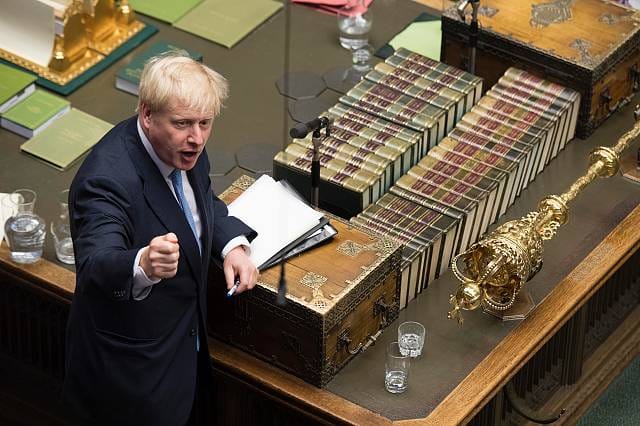 Is Boris sticking two fingers up at the Treasury Select Committee on business rates?

The worst fears from those who have read and welcomed the recent Treasury Select Committee report into business rates- that the next Government could well ignore them,- seem to be borne out by the latest Conservative party announcements on the “broken” business rates issue. Announcements last night from the Conservatives in which they pledge to reduce business rates for small firms in a bid to help “left behind” towns if they win the general election, totally fail to tackle the heart of the  business rates problem says John Webber, Head of Rating at Colliers International and at best will only be tinkering with the issue.

Webber said, ”Unless business rates are properly reformed, as recommended by the Treasury Select Committee Report published at the beginning of the month, these plans will do nothing to counter the impact of the 2017 business rates revaluation and introduction of downward phasing and simply won’t go far enough to help retailers struggling with their current rate bills.”

“It certainly won’t be enough to save the 85,000 jobs already lost on the high street-mainly from the bigger retailing chains. It’s unbelievable that the Conservative still can’t get to grips with the problem.”

The latest proposal from the Conservatives sound good in practice. They are designed to expand the Towns Fund initiative which the Government launched last Spring to try to revitalise communities left behind by economic growth in affluent metropolitan areas.

Key measures in the package for revitalising high streets include:

Johnson’s plans will also seek to widen the power of local communities in towns and villages to take over local assets such as pubs and post offices.

However as Webber points out such proposals simply do not go far enough in tackling the heart of the problem on the high street, and whilst they will be welcomed by those who would benefit- the smallest retailers, independent cinemas and little local pubs- they do not help the big retailers who carry the bulk of the business rates burden and have been the ones closing stores and making redundancies.

Retailers pay an un-proportionate slice of the UK’s £26 billion business rates bill and this year are expected to pay in the range of around £7.625 billion. This burden is based on the size and value of their properties, no matter how well their businesses are doing.

Webber added, “The recent Treasury Select Committee report has been very clear in what it thinks the Government should tackle in terms of business rates reform- namely to tackle the multiplier (the UBR figure against which the rateable value of the property is multiplied to give the final rates bill)  which is still too high at 50p- 55p in the pound and effectively is an unsustainable 50-60% tax. The Committee called for an overhaul of CCA, the badly thought through and “unacceptable” appeals system with more resources for the VOA to be able function properly and for there also to be a simplification of the “increasingly complex web” of business rates reliefs that has exacerbated the system’s flaws.”

As far as Colliers is concerned, the Committee was spot on- in particular in its recommendations to look at the multiplier, which Webber believes should be reduced to say 34p in the £1 as it was in the 1990s, and which would enable businesses to more easily meet their costs and more stores to stay open.

Webber also feels the Government should abolish downward transition, as introduced in the 2017 Revaluation. He cites the experiences of some of his clients including high street retailers who due to downward phasing are spending over £10 million in their rate bills MORE than they should have done if their rates bill had been at their true level, over the four-year period of the current list.

“If the Government is serious about saving the high street it must abolish downwards transition and reduce the multiplier now. It needs to simplify things not make them more complicated. I hate to say it but without that, retailers in many of our towns will stay under threat, stores will be closed and jobs lost, despite all the fancy and well-meaning plans.”

“What I feel is very odd is that the Conservatives, when in government, commissioned the Treasury Select Committee which heard and analysed in some detail, both verbal as well as 140 written representations from businesses impacted by the tax. I am not sure what was the point of all of that if the political parties fail to listen to its recommendations and takes the drastic actions needed to be taken to mend what is a broken system.”

“We ask that the Treasury Select Committee’s recommendations do not get brushed under the carpet with the excitement over the Election and Brexit by all parties. The alternative is an uncompetitive trading environment and a high street full of more empty stores.”