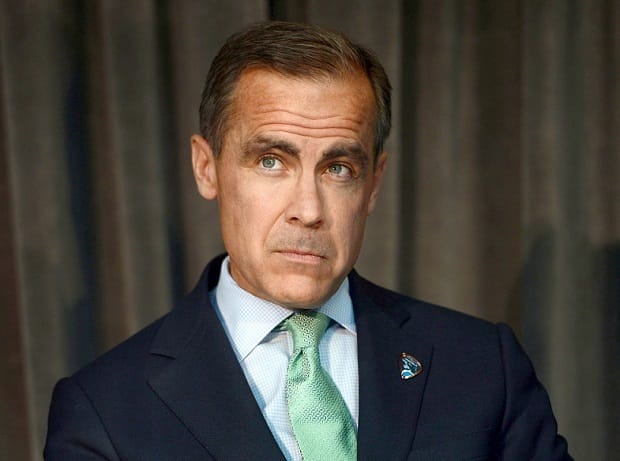 Has Carney’s £90bn-boost plan been rejected by big banks?

Mark Carney’s big boost to lending was warmly welcomed by most economic commentators following his big speech on Wednesday.

In short, the governor of the Bank of England announced he would relax liquidity rules for the UK banks and building societies deemed to be safest, with the aim of freeing up some £90bn to lend out. (Read the full info on Mark Carney’s speech.)

But according to City AM, the biggest four banks may be reluctant to run down their liquidity buffers, despite Carney’s green-card for them to do so.

The paper reports that Lloyds is believed to want to preserve its liquidity buffers “to show it has recovered, inspiring confidence in investors”.

And Barclays apparently will not reallocate its buffer of assets on the scale expected by Carney. Tim Wallace writes that “RBS has previously made clear it has £20bn of excess corporate deposits it wants to lend out, but cannot find enough creditworthy borrowers.

“And HSBC has long been proud of its strong, deposit-funded liquidity position.”

We might yet see a change of heart more in the direction of Carney’s expectations, though. The report acknowledges that financial insiders have been “surprised at the reluctance to use this breathing space, as banks have long complained of the strain of the buffers imposed by regulators”.