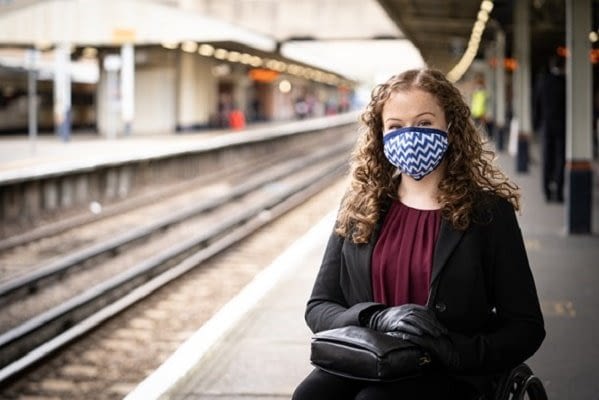 Counter-fraud activity for the Bounce Back Loan scheme was implemented too slowly to be effective and government’s activity to limit taxpayers’ exposure to fraudulent loans is inadequate, according to a report from the National Audit Office (NAO).

The Department for Business, Energy and Industrial Strategy (the Department) launched the Bounce Back Loans scheme (the scheme) on 4 May 2020, offering Bounce Back Loans of up to £50,000, or a maximum of 25% of annual turnover, to support businesses during the COVID-19 pandemic. Banks, building societies and peer-to-peer lenders were accredited by the British Business Bank (the Bank) to pay Bounce Back Loans, which were guaranteed by government.1 The scheme had limited verification, and no credit checks on borrowers, which made it vulnerable to fraud and losses.

Around a quarter of all UK businesses have applied to the scheme, and 1.5 million Bounce Back Loans worth £47 billion have been made. Over 90% of these – or £39.7 billion – went to micro-businesses with a turnover below £632,000. When the scheme launched, the Department expected to support between 800,000 and 1.2 million businesses, with £18 billion to £26 billion of loans.

In March 2021, the Department estimated that 37% of Bounce Back Loans worth £17 billion will not be repaid, but these figures are highly uncertain. This represents both borrowers who would want to repay but are unable to, and borrowers who took out a loan fraudulently. As of 30 September 2021, the Bank’s data shows £2 billion worth of loans had been repaid, and £1.3 billion of loans had been defaulted on. Around 100,000 loans, or 7% of all loans made under the scheme, are currently at least 1 month in arrears.2

In March 2021, the Department estimated that 11% of Bounce Back Loans worth £4.9 billion were fraudulent, but these figures are highly uncertain.3The estimate excluded some types of fraud, for example, where a borrower overstates their turnover and gets a larger Bounce Back Loan. It also likely overestimated some losses as it assumes that all fraudulent Bounce Back Loans are a loss when some of these funds should be recoverable.

As the scheme progressed 13 additional counter-fraud measures were introduced, but most came too late to prevent fraud and were focused instead on detection. The Department expects lenders to be the first line of defence against fraud, and from the start of the scheme in May 2020, lenders were obliged to conduct fraud and ‘know your customer’ checks.4 In December 2020, the Department advised HM Treasury that there was still a high level of fraud risk even after lenders had conducted these up-front checks. Measures to identify duplicate applications were introduced in June 2020, and checks on director changes were introduced in July 2020. The duplicate application check was designed to prevent fraud, but was implemented after 61% of the loans by value had been made. All other counter-fraud activities began in, or after, September 2020.

Due to the scale of possible fraud, and limited resources, the Department is prioritising the pursuit of organised crime and decided not to focus its investigative resource on borrowers who overstated turnover by less than a certain percentage. This approach risks reducing the deterrent effect of counter-fraud activity.

Enforcement agencies have limited capacity to investigate, prosecute, and recover large-scale fraud in the scheme. The Department uses the National Investigation Service (NATIS) for fraud worth more than £100,000 with evidence of organised crime, and for other fraud of high value.5 NATIS received over 2,100 intelligence reports by October 2021, but only had capacity to pursue a maximum of 50 cases per year. The Department set NATIS a target of recovering at least £6 million of fraudulent loans over three years; the agency’s work up to October 2021 resulted in 43 arrests across 33 investigations and over £3 million of recoveries.

The Department relies on lenders to investigate other fraud within the scheme, but their commercial incentives to do so are limited. Scheme rules and regulatory obligations required lenders to conduct counter-fraud checks with each application, and use recovery processes in line with their business-as-usual standards. Lenders can reclaim fraudulent Bounce Back Loans through the government guarantee, provided they followed the scheme’s rules. This offers limited commercial incentive for the lender to go beyond the scheme’s rules to seek a full recovery of overdue loans, fraudulent or otherwise.

The NAO recommends that by April 2022, the Department produces a formal strategy for managing Bounce Back Loan fraud, and measures the performance of each counter-fraud measure, adapting its approach as necessary.

Gareth Davies, the head of the NAO said: “Government prioritised getting Bounce Back Loans to small businesses quickly but failed to put adequate fraud prevention measures in place. One impact of these decisions is apparent in the high levels of estimated fraud. The true level of fraud will become clearer over time, but it is clear government needs to improve on its identification, quantification and recovery of fraudulent loans within the scheme.”