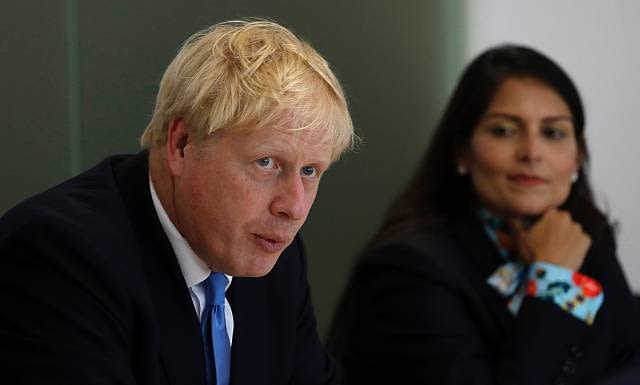 Boris Johnson’s Cabinet are considering restricting travel beyond the M25 under plans to avoid a second national lockdown.

It has further been reported that a city-wide lockdown in London is also being considered. Johnson is considering restrictions on travel, in and out of the M25 in the event of a spike of cases in the capital to shield London.

The Sunday Times said the Prime Minister held a “war game” session with Chancellor Rishi Sunak on Wednesday, in which they went through possible options for averting another nationwide lockdown which could stall economic recovery.

A Downing Street source told the Sunday Times, “Another national lockdown is like our nuclear deterrent — we will never rule it out, but it should be the very last resort in the fight against Covid.”

The Sunday Times reported, that if the R rate rises above 1 in London then the government could ban overnight stays and people will be told not to travel in or out of the capital. The source also said that the “M25 would become the border point.”

Other options include that over 50s could be told to stay at home in a shielding programme which includes “personalised risk scores.”

Johnson’s government scientific advisor has warned that pubs could be forced to close again, as a “trade-off” to allow schools to reopen, from September.

Professor Medley told the BBC Radio 4’s Today programme, “I think we’re in a situation whereby most people think that opening schools is a priority for the health and wellbeing of children and that when we do that we are going to reconnect lots of households.

“It might come down to a question of which do you trade off against each other and then that’s a matter of prioritising, do we think pubs are more important than schools?”

On Friday England’s chief medical officer Professor Chris Whitty said that England is “near the limits” of reopening society.

He warned, “If we wish to do more things in the future we may have to do less of some other things.

“The idea that we can open up everything, and keep the virus under control, is clearly wrong.”