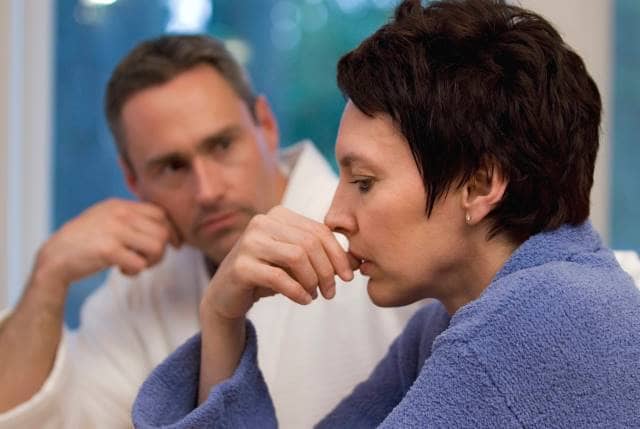 Five potential reasons why divorce rates are higher in London

London has the highest divorce rate in the UK. In this article, we’ll be examining some of the reasons why divorce rates appear to be higher in London.

London can be a great place to live, work and even raise a family – but it’s not for the faint hearted. Couples and families living in London may face issues that some wouldn’t who live in quieter areas of the UK.

Family law solicitors in London are kept pretty busy as the capital has a staggering divorce rate of 33% in some boroughs, which is considerably higher than other parts of the UK. In this article, we’re looking at five potential reasons why divorce rates are higher in London.

What are the most common reasons for divorce in the UK?

While we’re here to talk about a number of causes of divorce which are specific to London, the language of divorce tends to be fairly universal wherever you may live. The main reasons cited for divorce in the UK are:

Five potential reasons why divorce rates are higher in London

Money is one of the most common causes of divorce across the UK, however, this is particularly the case in England’s capital city. The cost of living in London is considerably higher than in any other city or town in the UK, including house prices which are up to 71% higher than in other regions.

To add to this, the high price of day-to-day living including transport, childcare and socialising can put more pressure on couples living in London than those living outside the city. It’s easy to see why arguments about finances are likely to contribute to divorce rates in London.

Infidelity is not, of course, unique to London – far from it. However, the city does often offer more opportunities for cheating. Unlike many other parts of the UK, people who live in London tend to have fairly busy social lives, including after-work drinks and regular get-togethers.

As great as this is, it can mean that spouses are spending less quality time together, creating distance in the relationship. It’s possible that with a busy social and work life, that a relationship can slip under the radar of importance at times.

Life in the capital can be extremely pressured. The working culture of London can mean all kinds of added stress to a person. Long working hours, stressful commutes and money worries can all contribute to heightened anxiety which, in turn, can translate into problems within a marriage.

In 2022, studies show that people in London work, on average, around 37.5 hours a week compared to 35.7 hours in other parts of the United Kingdom.

From where to have dinner to which borough to live in, life in London is filled with options. While this can undoubtedly be seen as a good thing in most cases, it can be a sticking point if spouses are not in agreement.

For example, within a smaller town or city, choosing an area to live in is often fairly straightforward as the available options may be fairly limited. Whereas in London, there are 32 separate boroughs, all offering different benefits and downsides.

If one spouse prioritises good transport links while the other feels that access to shops and restaurants is more important, a problem may occur to which there is no easy solution other than to separate. This may sound like an extreme reaction to having different priorities, but the daily grind and longer than average working hours can be made easier by simple pleasures in life.

While a gender pay gap does exist in London, it compares very favourably with other cities such as Aberdeen which has the largest gap in the United Kingdom. Women in London tend to be paid high salaries – particularly within the city – as a result, they’re more able to support themselves should they wish to extricate themselves from their marriage.

In other areas, where women are less well paid, some will choose to stay within a marriage rather than face a severely diminished lifestyle following a divorce.

Divorce rates are slowly increasing in the UK…

With divorce rates slowly increasing over the years, it’s important to pay close attention to changes in your relationship. It’s easy when living in busy cities in London to become distracted and lose touch with your spouse.

As with any kind of relationship, communication is key. However, should you find that your marriage is sadly not salvageable, it is important to secure the services of a good divorce lawyer as soon as possible in order to ensure that proceedings are fair and remain as civil as possible.

Please be advised that this article is for general informational purposes only, and should not be used as a substitute for advice from a trained legal professional. Be sure to consult a lawyer/solicitor if you’re seeking advice on divorce. We are not liable for risks or issues associated with using or acting upon the information on this site.