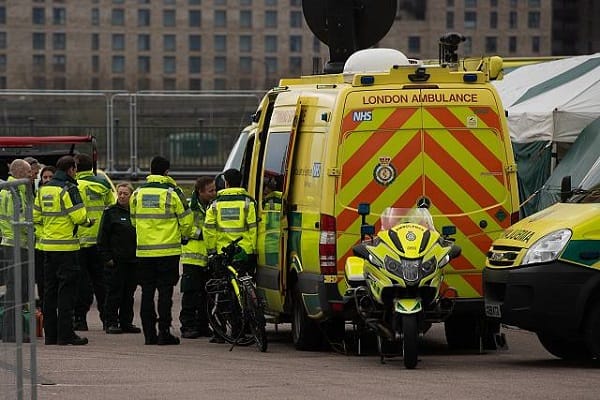 The coronavirus situation is so severe in London that firefighters are now driving ambulances and the threat the virus poses is now at “crisis point.”

Speaking to Sky News, the Mayor of London Sadiq Khan also warned that police officers are days away from also driving ambulances as the NHS is so overwhelmed.

Since volunteering to help in April last year, firefighters have now responded to 100,000 incidents whilst driving ambulances.

The London Ambulance Service is now taking up to 8,000 emergency calls a day now, compared to 5,500 on a typical busy day.

The infection rate across London has exceeded 1,000 per 100,000 population, which has caused the Mayor declare a “major incident” in the capital.

Khan warned that “One in 30 Londoners now has COVID-19. If we do not take immediate action now, our NHS could be overwhelmed and more people will die.”

The 7,034 people currently in hospital with Covid-19 represents a 35% increase compared to the peak of the pandemic in April. There are currently around 830 admissions to London hospital trusts per day, up from around 500 before Christmas – which could rise further over the next two weeks.