Home Business News Fighter jets arrive in Belarus with an ‘expected 500,000 mobilised soldiers’ as Putin is preparing a massive attack on Kyiv 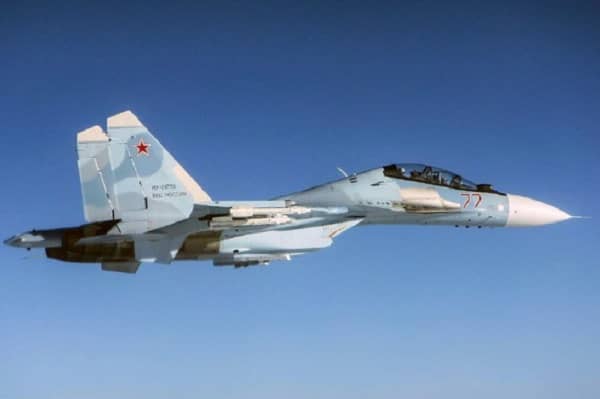 Alexander Lukashenko will allow Vladimir Putin to use Belarus as a launch pad for another offensive in Ukraine and is it expected that the Kremlin will “call up 500,000 mobilised soldiers.”

Lukashenko has ordered Belarusian railway workers to prepare the infrastructure as there will be a large number of trains carrying tens of thousands of troops and military hardware.

Three Russian Su-30 fighter jets have also arrived at a Belarusian military airfield on Friday for the first time since March.

Using Belarus as a launch pad is strategically useful for Putin as it is most likely that Russian troops will now reattempt an attack on Kyiv to try and capture it.

The Hajun monitoring project who are based in Belarus said, this batch of Su-30SM fighters was expected to be delivered in October.

The Hajun report says, “Three Su-30SM multirole fighters of the Russian Aerospace Forces have entered the airspace of Belarus today and landed at the Baranovichi airfield.

“It is worth recalling that the last flights of Russian fighters between Russia and Belarus were at the end of March.

“At that time, planes were leaving our country. The remaining small part of the aircraft at the airfields ‘Baranovichi’ and ‘Lida’ are used to train new pilots of the Russian Aerospace Forces.

“In October 2022, the delivery of the second batch of Su-30SM fighters to Belarus was expected. “But today fighters arrived not from the factory, but those in service with the Russian Aerospace Forces with registration numbers RF-81772, RF-81760 and RF-81758.

“The only question is what they will arm it with, because there is hardly enough equipment for such a grouping in Belarus.

“And Lukashenka will not give away equipment from military units under any circumstances, it’s his security.

“So, I do not exclude that Russia may start transferring mobilised troops to Belarus and try to form there an offensive grouping to re-enter Ukraine.

“But so far the situation is such that the Belarusian railways are preparing the infrastructure to receive a large number of cargo trains.”