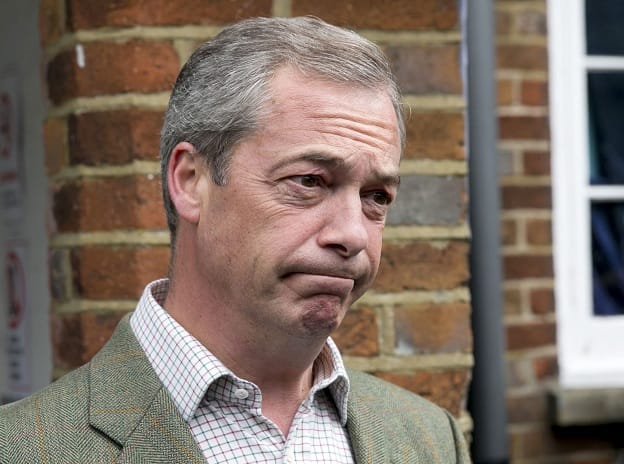 Farage might quit as UKIP leader – here's when & why

Nigel Farage has claimed he will quit as UKIP leader if he does not win a Parliamentary seat at the upcoming general election.

In the eighth extract of Farage’s book Purple Revolution, he revealed that if he doesn’t win the South Thanet seat, it is “curtains for him”.

In a column for The Telegraph, Farage wrote:

“The consequences of me failing to secure a seat for myself in the Commons would be significant for me and the party. It is frankly just not credible for me to continue to lead the party without a Westminster seat of my own.

“What credibility would UKIP have in the Commons if others had to enunciate party policy in Parliament and the party leader was only allowed in as a guest? Am I supposed to brief UKIP policy from the Westminster Arms? No – if I fail to win South Thanet, it is curtains for me. I will have to step down.”

According to various polls, Farage is likely to win a seat in South Thanet. However, he will have to beat a Conservative majority of nearly 17%.

Currently, UKIP has two MPs are Mark Reckless and Douglas Carswell who are both Tory defectors. They both won by-elections for UKIP in Rochester and Strood and Clacton.

4 crucial things George Osborne must do for the property market

All fired up: Miliband vows to cut energy prices if he comes to power