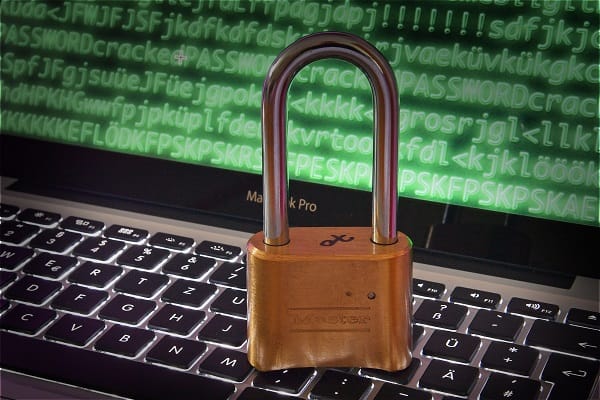 Discussing the rise in cybercrime

Cybercrime has been around for decades. But many people have been ignoring it since the movement was ignited at the dawn of the internet age. Several people believed that it wouldn’t be a real threat to their privacy and security.

However, over the years, cybercrime has become more and more frequent, and even more dangerous than ever before. Even if you’re not actively involved in the internet and surfing the web, you’re still at massive risk of falling victim to a cyberattack.

The unfortunate reality is that cybercrime is a real threat, and it always will be. Cybercrime is rising quickly, and if you’re not aware of the dangers that you face, your devices will always be at risk. The only solution is to learn more about cybercrime, keep up with the trends, and install the necessary security measures on your devices. Luckily, we’re here to give you all the details you need! Make sure to keep reading all the way to the end to get a full understanding of cybercrime and how to protect your devices against it.

Why cybercrime is on the rise

In the past two years alone we have seen a massive spike in the frequency of cyberattacks all around the world. More and more people are falling victim to devastating forms of cybercrime, and it seems like this upward trend is continuing. Cybercrime is not something that should be ignored, and this trend of an increase in the frequency and damage of the attacks that people have experienced is certainly worrying.

But why is it happening? If we take a deep dive into recent events and find out why there is such a sudden spike in cybercrime we can identify the main cause, and also ensure that we remain safe during this dangerous time. There are two main reasons why we’re seeing more cyberattacks occurring in 2022 than ever before.

The first factor to be aware of is the fact that having your own device is extremely common in our modern society. It’s nearly impossible to live without a smartphone, a laptop, or even a tablet in our modern society. Just about every household will have a device of some sort whether it’s for work, school, or even just for entertainment. This increase in the number of devices in use all around the world has led to a rise in overall screen time all around the world. Keep in mind that many people who own devices (and are new to owning devices) are not aware of cybercrime and how to protect themselves against it.

The Covid-19 pandemic is another factor that has contributed to an increase in screen time over the past two years, and it’s one of the main reasons why there has been a rise in the frequency of cyberattacks in our world. With countries enforcing lockdowns, many people had to remain indoors at all times. Office jobs adapted by allowing staff to work remotely from home, and many people also had to keep themselves entertained from inside their own homes. Thus, screen time naturally increased, leaving more innocent victims open to falling for the schemes and strategies used by cunning cybercriminals.

The main method that cybercriminals use to launch their cyber attacks is also one of the key factors that have led to an increase in cybercrime. That’s mainly because this particular method — has developed significantly over the past few years. The development of phishing scams has led to a hugely increased rate of success.

So what exactly is phishing? In its most basic form, phishing is when a cybercriminal sends a fraudulent email to its victim, urging them to interact with a link or attachment in the email. Once the victim clicks on the link or the attachment, the cybercriminal has the upper hand.

Interacting with the email can do one of two things. The first is that malicious software (also known as malware), can be installed on your device without your knowledge. Malware can come in many different forms, with the most common forms being viruses, spyware, and ransomware. Interacting with the email can also take you to a fake website that has been setup by the cybercriminal. The website will be rigged with a keylogger, which will copy everything that the victim types into the fake website and give it straight to the hacker — this includes personal information, passwords, and even baking details.

Phishing, however, has become much more difficult to spot as the years have gone on. Cybercriminals now use social engineering to trick their victims into falling for their schemes. Social engineering is the act of manipulating and deceiving others by posing as a persona or company that they might know and trust. For example, a cybercriminal can use emotional triggers such as Netflix or even the victim’s bank to get them to interact with their phishing scam.

Phishing scams have even spilled over into social media as well, where it’s even easier to trick people into interacting with illegitimate links. People often talk more about their interests and hobbies on social media pages, making them easy targets for cybercriminals. For example, a hacker can set up a giveaway where the entrants are enticed with tickets to their favorite sports team’s next game in exchange for entering some information into a website.

How to keep your devices secure

In this day and age, keeping your devices as secure as possible is essential. Without cybersecurity measures in place, your device doesn’t stand a chance against the attacks that cybercriminals will be throwing at it.

It’s always a good idea to keep an eye out for extra features when choosing an antivirus software. One specific feature to look out for is where the antivirus software will automatically scan any links, emails, and websites for potential phishing scams and malware. This will act as a safety net to prevent you from falling into any well crafted, convincing phishing scams.