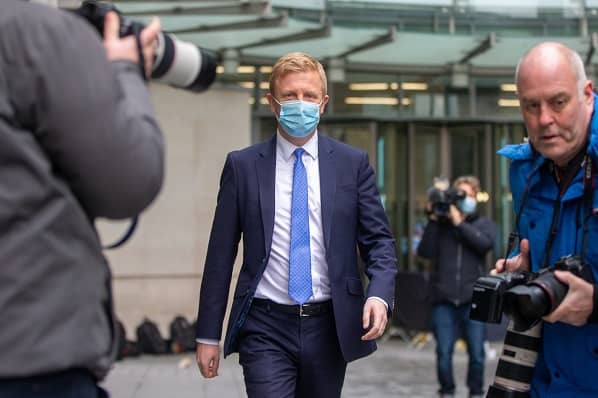 Dowden sent Boris Johnson a damning resignation letter and told the Prime Minister that someone must “take responsibility.”

Tory backbencher Sir Roger Gale said Dowden was “a decent and honourable man who has clearly decided that he can no longer defend the indefensible.”

Gale wrote on Twitter, “Spin them how you like the by- election results in Tiverton & Honiton and in Wakefield are another vote of no-confidence in a Prime Minister that ought to honourably this morning be re-considering his position.

“The soul of our Party is at stake.”

In a letter to Johnson Dowden said, “Yesterday’s parliamentary by-elections are the latest in a run of very poor result for our party.

“Our supporters are distressed and disappointed by recent events, and I share their feelings.

“We cannot carry on with business as usual. Somebody must take responsibility and I have concluded that, in these circumstances, it would not be right for me to remain in office.”

He added, “I want to emphasise that this is a deeply personal decision that I have taken alone.

“I will, as always, remain loyal to the Conservative Party.”

Lib Dem MP, Richard Foord, who took Tiverton and Honiton said in his speech called Johnson “to go, and go now,” he added, that his victory had “sent a shockwave through British politics.”

Speaking to Sky News, Liberal Democrat leader Sir Ed Davey said, “I think the people of Tiverton and Honiton have spoken for the British people, and I think they have said loud and clear, Boris Johnson must go.

“They do see him as a lying law-breaker and they see him as someone who doesn’t have a plan for our country.”

ITV in the picture as TV advertising rules...