Home Business NewsBusiness China is now the world’s largest economy, overtaking the US 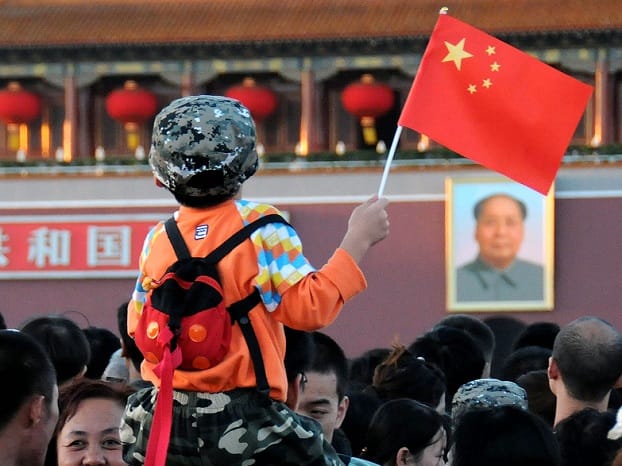 China is now the world’s largest economy, overtaking the US

China has just overtaken the US to become the world’s biggest economy.

That’s according to data from the International Monetary Fund (IMF), spotted by the FT.

The Chinese economy is now worth $17.6tr, with the US at $17.4tr, at purchasing power parity (PPP) – that last bit is crucial, as I’ll explain in a moment.

First of all, take a look at the staggering growth of China’s economy in trillions of dollars at PPP, and how the IMF is forecasting it to grow in the next few years.

Why the PPP bit is key

Now, back to that bit about purchasing power parity (PPP). If you’re not acquainted with this economic term, read on. (If you are, just skip straight to the graphs below.)

We’re used to seeing the world’s economies measured as nominal GDP in US dollars.

But this is in some ways quite an imprecise way to measure their relative size and power.

It doesn’t account for the fact that China might actually have more money to do what it wants than the US, because the amount of Chinese yuan in the Chinese economy can buy more than the US can with its dollars.

After all, China doesn’t buy everything in US dollars, it buys using yuan.

Roughly speaking, if China as a whole, using the amount of Chinese yuan in its economy, can actually buy more goods and services than the US as a whole can, using the US dollar, then China could in fact be called the bigger economy.

And this is what the IMF’s new PPP data shows.

PPP determines the actual purchasing power of an economy, as the name suggests.

It does this by imagining at a shopping basket of a wide range of items, and looking at how much they would cost (in this example) in China using the Chinese yuan, and in the US using the dollar. It then uses a rate that converts yuan into dollars, accounting for the real-life buying power of the yuan, rather than the exchange rate set by international money markets.

And on this measure, as we can see from the graph above, China has just overtaken the US as having more purchasing power than the US, making China the biggest economy in the world.

But if we go back to the measure of how the Chinese economy compares to the US economy when simply converted into US dollars at current market rates, you can see that China is still significantly behind the US:

Now, just look at how much faster China has been growing than the US since the turn of the century:

So is China now the world’s most powerful economy?

Purchasing power parity alone is not a conclusive enough measure to say either way, and it obviously doesn’t account for the kind of political, commercial and military global influence (to name but a few) that make a country the world’s most powerful.

So the question of whether the US or China is the world’s number one superpower is still to be debated.

But it does look like China now has an economy big enough to buy more stuff than any other country in the world, theoretically (and in rather basic terms).

It’s what China is spending on that we should be watching, both in business and political terms.

Hurrah for us! London is the world’s most desirable place to work

10 important things you might have missed from Cameron’s speech