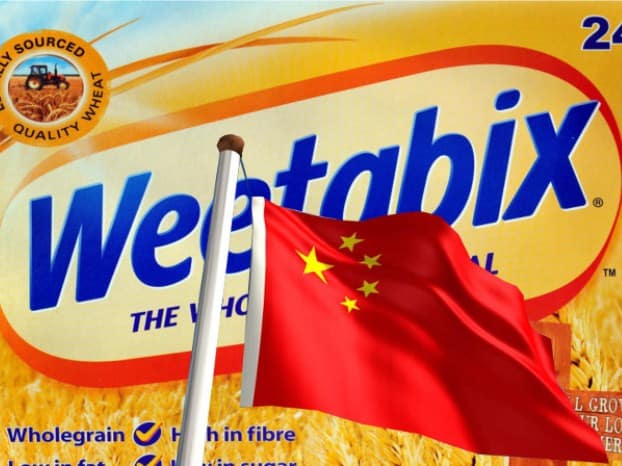 What does a country with £2 trillion in foreign reserves do? Well, it goes shopping for Britain.

This year alone, we’ve sold $91m-worth of assets to China. According to reports, China is the third-biggest investor in the UK after America and Italy.

Every time the Chinese sovereign investment fund, China Investment Corporation (CIC), or a Chinese business snaps up a British business, we see chancellor George Osborne hailing it as a “vote of confidence in Britain”.

But why are we so gung-ho about this great British sell-off? The obvious answer is that we can’t afford to ignore China. After all, it’s the world’s second-biggest economy – and expected to overtake the US by the end of the decade.

And there’s a certain reverence we have towards the land of the red dragon. Last week China’s biggest travel agency warned that Britain is losing business from China “every minute” because of its “complicated and expensive” visa system. Result? The UK Border Agency ate humble pie and gave assurances that “China is one of the UK’s priority markets for tourism and business”.

However, not everyone feels the same way about assets Made In Britain not being owned by Britons.

Last year, a survey by LondonlovesBusiness.com and ComRes found that half (51%) of London’s business leaders believe it’s important for British companies to retain their British ownership. The survey also revealed that 54% Londoners “do care” if foreign firms buy British companies.

Max Keiser, activist and financial journalist, thinks China will gobble up many more of British assets.

“The Chinese have been clamouring to buy into UK and US assets for years but up until recently these countries had the economic wherewithal to fight them off.

“No more. As the UK and US economy continue to fall apart we’ll see more Chinese and other Asian investments swoop and grab prize assets that should be kept in the hands of the people who financed these assets: the taxpayer. But unfortunately they’ll end up short changed.”

The counter-argument is that China’s shopping spree has rescued a lot of British businesses from administration, be it Canary Wharf or Manganese Bronze.

So how do you feel about our assets being foreign-owned? Take a look at this list and make up your mind, then let us know @londonlovesbiz or in comments below.

Last year the UK lost to Barbados and Oman to be rated 28th for its infrastructure by the World Economic Forum. The government said it needed at least £250bn over the next five years to move up the line. Result? George Osborne was forced to take a “begging bowl” to China for some investment. So China Investment Corporation (CIC), the country’s sovereign wealth fund, bought an 8.68% stake in Kemble, the group that controls Thames Water.

Speaking about the deal, Lord Digby Jones told the BBC Today programme, “Everyone praises Britain for having an open market, including the Chinese, but it is not quite a level playing field.

“I don’t think you would find the Germans doing this, or the French or the Americans.”

Thames Water has around 14 million customers in and around London. If you’re one of them then be thankful to China for the water coming out your tap.

Well, Heathrow was never ours to begin with. It went flying out of our hands when Spain’s Ferrovial Group bought a majority stake in BAA in 2006. But then Ferrovial sold a 5.7% stake to CIC last year to supposedly safeguard the airport’s position as “one of the best infrastructure assets in the world”. CIC then topped up its stake, buying more from Heathrow’s holding company to bring it up to 10. The total deal was worth for £257m.

BAA has renamed to Heathrow Airport Holdings, and the company is now 40% controlled by Chinese, Qatari and Singaporean governments.

Britain’s favourite breakfast fix Weetabix was gobbled up China when the state-backed Bright Food bought a 60% stake in the company from Texan private equity firm Lion Capital. The Northampton-based company was founded in 1932 and was family-owned up until 2004 when Lion Capital stepped in.

Critics raised questions on China’s cereal takeover, saying that the sale shouldn’t affect the company’s 2,000 employees nor its exports to 80 countries or its total annual sales of more than £420m.

At the time, Unite’s national officer for food Jennie Form sought assurances on jobs: “Unite’s concern, at times like this, is always to seek assurances from new owners that our members must not pay the price of any takeover with their jobs and/or a diminution in their employment conditions.”

The sale didn’t go down well with the firm’s top bosses Nigel Ling, retail director, designer Barry Tulip and head of marketing Carlos Singh, who quit days after the deal.

And it looks like the new Chinese owners aren’t suiting the company. Back in March, Gieves and Hawkes reported a £3.5m loss.

When state-controlled China Development Bank bought a stake in Barclays for £1.5bn in 1997, BBC business editor Robert Peston said that the deal signals that “the balance of economic power may be shifting eastward.”

And indeed he was right. Forty years ago China’s economy was smaller than Britain’s. Today it’s more than five times larger.

Canary Wharf and the financial district

In 2009, when Canary Wharf owner Songbird Estates was struggling to pay off an £880m loan from Citigroup, CIC joined Qatar to stump up cash to bail the British company out. Result? China now owns almost one third of Canary Wharf.

That’s right. Even Superdrug, Britain’s second-largest beauty and health retailer (behind Boots, which is owned by Italians) is owned by China. The firm, founded in 1964 by the Goldstein brothers in London, saw many owners including Kingfisher plc and drugstore operator Kruidvat, before Chinese retailer AS Watson snapped up the business in 2002.

In 2009, an undisclosed Chinese investor bought a 1% stake in UK-based Diageo, the world’s biggest producer of spirits. At the time, the FT reported that the investor was none other than CIC – although the sovereign fund denied this later. The stake worth £221m was acquired in the name of the People’s Bank of China in June, Diageo later confirmed.

The collapse of MG Rover is one of the most tragic deals of its time. Then-owner BMW sold the firm to the Phoenix four i.e. John Towers, Nick Stephenson, Peter Beale and John Edwards, for £10 – yes, just £10. Sales kept falling, yet it emerged that the directors had been paid £31m. Then, in 2005, China’s oldest carmaker Nanjing Automotive bought the factory site in Longbridge and other Rover assets for £53m. In the end, the factory closed and over 6,000 people lost their jobs.

Jon Moulton, then chief of Alchemy Partners, tried to acquire the firm but was in turn branded a “ruthless asset stripper”.

Speaking about the deal, Moulton told LondonlovesBusiness.com, “I am sure MG Rover would have been one heck of a turnaround. I would have made sure everybody got a fair deal, especially the distraught workers who were left high and dry.”

Last year, George Osborne got a lot of hurrahs after Chinese telecom giant Huawei announced plans to invest £1.3bn in expanding its UK operations. However, a report by MPS released earlier this month said that investment by Huwaei, which started by a former member of Beijing’s armed forces, threatens national security.

The report by the Intelligence and Security Committee stated “most of the concerns surrounding Huawei relate to its perceived links to the Chinese state; 20% of detected cyber attacks against the UK interests demonstrate levels of sophistication which indicate they are more likely to be state-sponsored… China is suspected of being one of the main perpetrators of State-sponsored attacks. In this context, the alleged links between Huawei and the Chinese state are concerning as they generate suspicion as to whether Huawei’s intentions are strictly commercial or more political.”

Sunseeker, the UK’s biggest yacht maker by sales, sailed off from British shores this month after Chinese tycoon Dalian Wanda bought the company for £300m last month. Founded in 1968, the company is based in Poole, employs 2,300 people and has celebrity fans including Michael Douglas and Simon Cowell.

Yes, even student housing. Last year, Gingko Tree Investment, a Chinese state-owned fund, bought a 40% stake in the UK’s largest developer of student housing, University Partnerships Programme. The company has a portfolio of 28,000 rooms and a rent roll of £89m. The deal is known to be worth £550m.

Manganese Bronze, the black cab manufacturer that’s been ferrying Britons since 1948 and is synonymous with London, was bought by Chinese car-maker Geely for £11m back in February. The deal was finalised after more than 50 potential suitors approached administrators PricewaterhouseCoopers.

How much of London Qatar REA
LLY owns – in pictures

China acquisitions in the UK