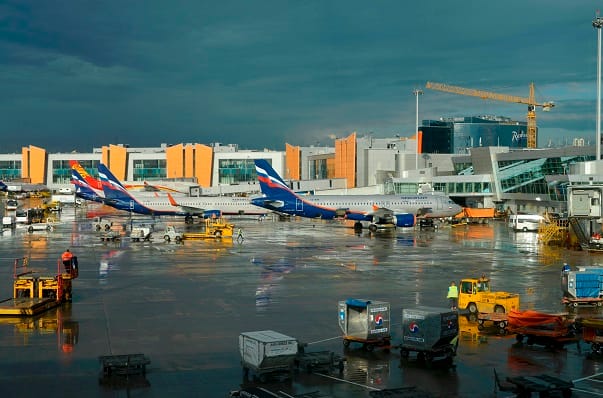 The British Foreign Office has told all Brits to leave Russia now as Moscow is to ground nearly all flights from Sunday and “martial law” could be imposed and terrorists “vert likely” to carry out attacks.

The European Union has also picked up signs on social media that Putin is set to bring in martial law in Russia, an official said on Thursday.

The Foreign, Commonwealth and Development Office (FCDO) said in a statement, “We advise against all travel to the whole of Russia.”

This is “due to the lack of available flight options to return to the UK, and the increased volatility in the Russian economy.”

The FCDO warned, “If your presence in Russia is not essential, we strongly advise that you consider leaving by remaining commercial routes.”

On the current difficulties of travelling straight from Russia to the UK, they advised, “Check the latest information with your airline or travel provider.

“Connecting flights, largely via the Middle East and Turkey are operational for travel from Russia to the UK and other destinations.”

The British Foreign Office gave stark warning to Brits as they have suggested terrorists are “very likely” to attempt to carry out attacks in Russia.

There have been many rumours that the borders will soon close and that Putin is set to impose martial law across Russia.

Brits must also be aware that suspicious Russian border guards are turning back people they suspect of fleeing the country, it has also been reported.

Thousands of Russians have also fled the country to avoid conscription as they have openly opposed the Ukraine war and many are telling “Hitler Putin” this is “not wanted.”

Brits who are in need of consular assistance have been advised to call the British Embassy in Moscow and to select the option for the assistance, by calling +7 (8) 495 956 7200.