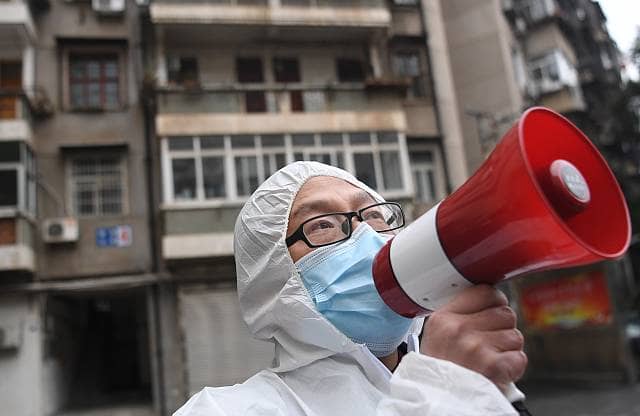 The Chinese government have imposed tighter controls on residents in Wuhan, China as anyone who breaks new quarantine residential rules will be arrested.

Chris Hill a British citizen who wanted to remain in Wuhan with his family has said only person per family are permitted to leave their housing area every two or three days to buy food.

Hill told PA news agency, “The whole city is on lock-down. They have medical personnel at the main gate of all housing places to make sure that no-one comes in or no-one goes out that’s ill.

“Some instances I have heard of people trying to break through the residential quarantine. They got half way out but then they were tackled to the ground by medical personnel and police.

“Anybody that is caught trying to get out of the quarantine area of the buildings will be arrested for a criminal act.”

He added, “Now that I’ve made the decision to stay, anyone who chose to stay – that’s it. We’re here for the long haul.”

Hill said on Thursday the Chinese government has asked residents in Wuhan for their full cooperation with medical personnel.

He said, “They pick one person from each household that can go out every two or three days to get food, so it’s many people going out together.

He added, “We’re allowed to leave the house but not the residential area.

“But [my daughter] is young so it’s best to keep her indoors.

“She understands that people are ill and that it’s not safe to go outside.”

The tighter measures come after 242 people died in just one day on Wednesday in Wuhan and more than 60,000 are infected with coronavirus.