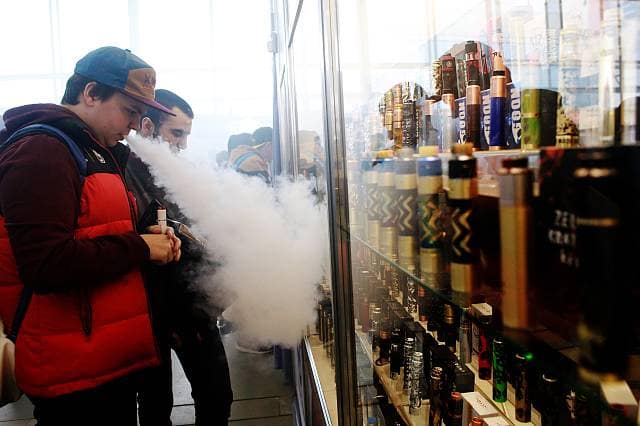 Big tobacco is finally trying to kick its deadly habit

Is smoking going to be a thing of the past?

What a difference more than half a century makes when it comes to cigarettes. From their heyday way back in the Golden Era of Hollywood, when every star worth their overinflated paycheck merrily puffed away though scenes and hooked audiences all over the world — to big tobacco companies giving up cigarettes?

Yet, this is the slightly surreal place we now find ourselves, and it’s to do with two things: fierce facts and the rise of vaping. Tobacco firms can no longer even try to deny the deadly effect of the product they sell — around 7 million people die globally each year — although up to last year, some were still attempting to say it wasn’t as bad as we all might think.

It’s an industry with terrible PR, but since the facts about what smoking does to people’s health started emerging, nothing was going to save it. This has prompted many smokers to try and stop, and growing numbers of them have been doing it with vaping. They’re using electronic cigarettes to get their nicotine hit, but without all the many toxic chemicals found in burning tobacco.

Now, in something of a tectonic development, some big tobacco companies are trying to give up smoking altogether. It does not, however, mean they are intending on shutting up shop and trailing off into the sunset. Far from it: they have seen the growing trend towards vaping — and health authorities’ embracing of it — and are merely changing strategy and getting out of the smoke business.

Last week, Philip Morris, one of the world’s biggest tobacco companies and one that has annual revenues of around $80 billion, publicly admitted that its cigarettes were not good for people and it would quit selling them in the UK at least.

“Philip Morris is known for cigarettes. Every year, many smokers give them up. Now it’s our turn,” the company said in several full-page newspaper advertisements. “Our ambition is to stop selling cigarettes in the UK. It won’t be easy. But we are determined to turn our vision into reality. There are 7.6 million adults in the UK who smoke. The best action they can take is to quit smoking.”

Prior to this, towards the end of 2017, Philip Morris announced the launch an organisation aimed at helping people to stop smoking. Called the Foundation for a Smoke-Free World, it declares: “The world has 1 billion smokers. Most are struggling to quit. Let’s build a smoke-free world.” Philip Morris has committed $80 million per year for the next 12 years to fund the project, and at the same time is pouring billions into the development of vaping devices that it hopes will protect revenues when everyone eventually stops smoking.

If all this sounds too good to be true, it probably is. After all, Philip Morris — maker of the Marlboro cigarette brand — has already developed and introduced its own electronic cigarette into the UK market. It’s called the Iqos and, unlike other e-cigarettes, it contains tobacco. The difference is it’s heated instead of burned, but it may be as bad for your health as a tradicional tobacco cigarette.

Change, however, is coming. In light of the NHS now recommending people take up vaping as a way to quit smoking, and Cancer Research UK and the Royal College of Physicians also backing e-cigarettes, something had to give with Big Tobacco. They want us to go smoke free, but will they give up tobacco for good?

Rob Goodwin is a contributing editor at VapeBeat — a blog dedicated to providing readers with the latest vaping news and product reviews.