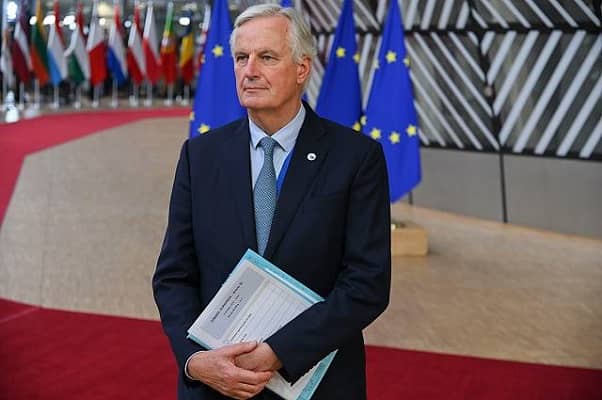 Barnier told a press conference on Tuesday afternoon in Brussels, “These will be, demanding negotiations that take place in a limited amount of time before the UK leaves the single market.

He added, “We are ready, we are ready to start this new stage in negotiations following Brexit.

“We are ready to start on Monday afternoon, with the British team led by David Frost.”

The first round of trade deal negotiations will be held in Brussels followed by the next stage in London in March.

Dutch foreign minister Stef Blok warned, “The time pressure is immense, the interests are huge, it’s a very complicated treaty, so it will be very hard work. A tough road ahead.”

Johnson’s official spokesman said, “It was a very smooth process to agree our approach which will restore our economic and political independence, and which is based on other existing FTAs [free trade agreements] between the EU and like-minded sovereign nations.

“We look forward to engaging with the EU constructively following the publication of their mandate.

“The UK’s primary objective in the negotiations is to ensure that we restore our economic and political independence on 1 January 2021.

“At the end of this year we will be leaving the single market and customs union and taking back control of our own laws and our own trade.”

Downing Street added, “We agree the UK’s trade with the EU is significant. The US’s is on the same scale – yet that did not stop the EU being willing to offer the US zero tariffs without the kind of level playing field commitments or the legal oversight they have put in today’s mandate.”