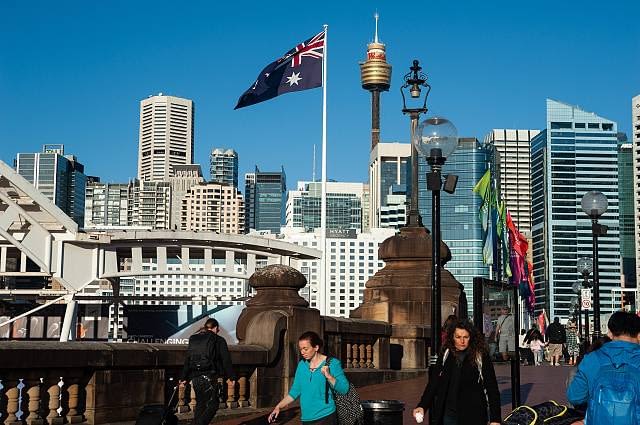 Parveen Thornhill, head of London region at the Department for International Trade (DIT), explains why London’s businesses should capitalise on export opportunities down under.

Australia and the UK have a deep and long-lasting relationship spanning sport, politics, culture, and importantly, trade.

Already, many London businesses are capitalising on rising Aussie demand for British products. According to the latest HMRC statistics, goods exports from London totalled £371.7m in the 12 months to September 2018.

What’s more, there are many features that make Australia a market worth investigating for both current exporters and London businesses considering global expansion for the first time.

One distinct advantage for London businesses looking to trade down under are the similarities between the UK and Australia.

At the highest level, Australians and Brits share similar demands and expectations for products and services, while the same language, similar cultures and a shared history can also be tapped by UK businesses.

The country also has a similar legal structure to the UK which helps increase the likelihood of a smooth market entry either directly or via a partnership with an Australian firm, alongside a strong commitment to intellectual property protection.

The Australian market, with its opposing seasons to the UK, offers an invaluable opportunity to boost sales for businesses that are subject to the peaks and troughs of a seasonal economy.

This may include food and drink producers, such as ice-cream or cider brands that see a dip in demand during the colder months, or manufacturers of products such as summer clothing or outdoor goods.

Having an export presence in the Southern Hemisphere will help firms such as these secure more consistent year-round sales, boosting profitability, increasing resilience and providing capital that can be re-invested to generate further growth.

A strategy for success

Chiswick-based online retail business, Rarewaves, is an example of one London business that has seen success in Australia. Since signing a deal with Amazon, it has secured £60,000 worth of sales to Australian customers within the first month of exporting.

Founded in 2005, Rarewaves sells more than 600,000 entertainment products, including video games, DVDs and gadgets, from 150 suppliers through marketplaces such as eBay, Amazon, GAME and Rakuten.

With support from the Department for International Trade (DIT), the company exports to 170 different countries, including the United States, Japan, Canada, France, Germany and Chile.

As with all export markets, selling to Australia can come with its own set of challenges.

DIT is on hand to help businesses of all sizes navigate each stage of the export process, as well as advise on the best approach for them to enter the Australian market successfully.

This includes help identifying new, likeminded partners in-market, and developing market research to reduce the burden on small businesses who may not have dedicated staff focused on exporting.

DIT also has a network of International Trade Advisers (ITAs) based across London, who can offer one-to-one guidance on a range of export issues such as specific legal requirements or logistics options, a key consideration with more than 10,000 miles between Peterborough and Sydney.

What’s more, these ITAs work closely with colleagues based in Australia who can make introductions and give informed insights into local markets. I’m encouraging anyone interested to see how their company could benefit from global demand, including from Australia, to get in touch with our team today.

With DIT’s support, London firms can feel right at home on the other side of the world.

70% of Franco-British firms are experiencing delays importing from the...

Export opportunities and risk in the Polish market