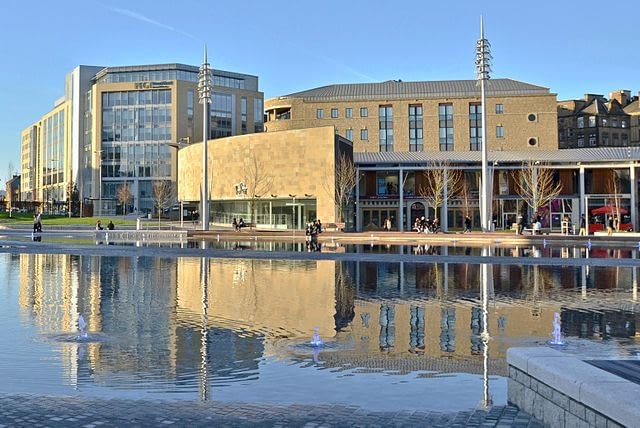 Bradford may not have the media cachet of the major Northern Powerhouse cities, but it’s a hidden gem for property investment. A vibrant, youthful city with a long-standing legacy as a stronghold against trying times and big changes, Bradford is coming into its own.

Boasting the ideal blend between urban city living and the beautiful, historical countryside of West Yorkshire, Bradford is home to an enterprising economy, affordable living spaces, and some exciting developments.

Low prices and affordability consistently attract young professionals to Bradford and make it the ideal location for investors looking for high returns. Located centrally in the UK, with easy access to London and the rest of the country, Bradford is strategically located between Leeds and Manchester, making it arguably one of the most well positioned cities in the north.

Average property prices in Bradford hover at around £129,933, which stands up well against higher prices in nearby West Yorkshire cities. What makes Bradford even more enticing for investors is its impressive ambitions for growth. This is both in terms of improving its infrastructure and continuing the ongoing regeneration of the city centre. Statistics from Home.co.uk show average house prices for Bradford ranging from £236,579 for a detached house to £88,102 for a flat. The latter price represents a leap of 13% compared with figures for the same period in 2018.

Bradford’s city centre postcode (BD1) offers some of the highest returns in the country, with an average yield of 8%. Totallymoney.co.uk’s analysis of the top 25 buy-to-let hotspots in the UK currently has Bradford as the tenth best location for high yields.

Property investment in Bradford is attractive because yields are likely to continue to increase in the region. Why? Because Bradford’s infrastructure is improving thanks to city centre investment. In addition, the completion of the northern section of the HS2 high speed rail link will mean Manchester, one of the key Northern Powerhouse cities in the UK, will be just 20 minutes away by train.

Research from Bradford City Council shows that a city centre train station will add £15 billion to the local economy by 2060. Bradford is already just 15 minutes away from another thriving Northern Powerhouse city – Leeds – which has higher property prices.

Bradford is the third biggest city in Yorkshire, and accounts for 10% of the district’s population. Around 532,000 people live in the city, a number which is predicted to rise 6% by 2030. This will bring the population of Bradford up to 565,000.

More than 25% of the city’s population are under 18, making it a particularly young city. There is also a growing number of Young Urban Residents (YUR), who are defined as between 25 and 34 years old. This group of young professionals are key to enabling the economic future of the city.

For every generation, affordability is always the number one concern. Bradford is one of the most affordable cities in the UK. This makes it more enticing to the city’s markedly young population as they launch their careers.

Significant amounts of investment are going into Bradford to boost its economy through the support of the city’s small and medium sized enterprises. And with such convenient access to the workforce of cities like Manchester and Leeds, Bradford is turning into an entrepreneurial hotspot. The robustness of the transport infrastructure, along with very affordable commercial rents, are making Bradford popular for start-ups. According to research from Barclays, Bradford is one of the best locations in the UK for SME start-ups.

Around 17,620 companies do business from Bradford, with the number increasing year on year. They employ just under 200,000 people and contribute around £10 billion to the region’s economy.

And it’s not all about SMEs and start-ups. Major businesses also have headquarters in the historic city, including Hallmark Cards, Yorkshire Building Society and Morrisons supermarkets.

With an ambitious economic strategy that intends to make Bradford the fastest growing economy in the country by 2030, the city aims to add 20,000 new jobs over this time frame. The strategy covers four key areas:

Around £2.5 million is going into upgrading Bradford’s railway, as part of the Great North Rail Project. This will further boost Bradford’s transport links,

Significant investment is also being ploughed into the city centre, with developments such as the £260 million Broadway shopping centre creating around 2,500 jobs and boosting footfall by more than a third.

And in a welcome boost to urban living, there are various residential developments within the BD1 postcode that plan to revolutionise Bradford city centre living. Queen Victoria Chambers, for example, will offer 40 spacious apartments in the city’s most sought-after postcode. This offers an exceptional opportunity for property investors that want to take advantage of high yields in a city with a bright future.

Bradford is one of the country’s most exciting cultural hubs, with a youthful, enterprising and dynamic population. Underpinned by an entrepreneurial spirit and a strong business ethic, Bradford will only continue on its journey as one of the most exciting property investment hotspots in the country.