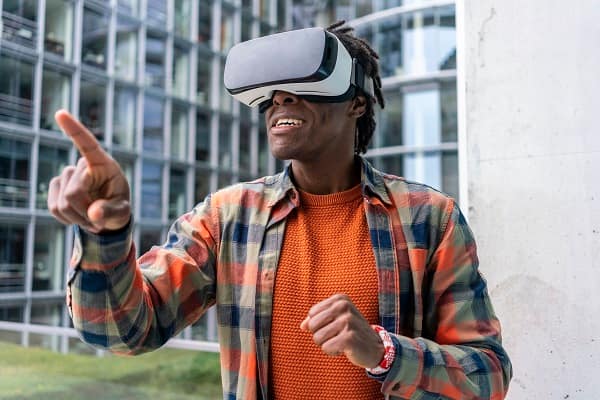 The rise of online casinos has been quite breathtaking in recent years, not just in the UK, but across the world. It’s an industry said to be worth hundreds of billions of dollars today, yet it feels like it’s once again on the cusp of revolution.

The last time that came was the introduction of the smartphone. Following the arrival of the iPhone back in 2007, the number of people playing online casino games leapt dramatically, with more and more games arriving.

Today, it’s a mobile first industry. There’s no doubt about that, just as the case is with gaming as a whole, with millions of people logging on each day while on the commute to work or sat in front of the sofa.

Here we are again, at another point that could change the industry forever. That point is virtual reality.

Now, there’s always been a bit of caution when it comes to VR. After all, it failed in the early 1990s and hasn’t quite taken off yet after it’s reemergence a few years ago.

That said, the arrival of the metaverse will help boost the chances of VR becoming a mainstay, while the technology is in a much better position with the likes of Oculus having major backers in Meta. That will make the technology more accessible to a wider audience and ultimately get more people playing.

It has emerged on a smaller scale, but there will ultimately be more that take on the challenge of producing VR casino games too, even if it’s just to get ahead of the market.

It’s a hugely competitive space at present, with thousands of licensed online casinos worldwide. The UK Gambling commission licences over 1,000 companies for remote gambling, while in hotspots such as Curacao, there are hundreds more with over 450 casinos having a Curacao gaming licence.

That’s a lot of competition, so they have to stand out from the crowd.

Virtual reality is the next step and can take the industry to that next level, creating more immersive games than ever before. In a world where the metaverse is imminent, that’s a key goal for not just casinos but all forms of gaming experiences.

That realism will not only make for more life-like gaming, but can also aid with features such as customer support, where players can talk to real people through virtual reality.

Back when smartphones revolutionised online gambling, we also saw a flurry of new games, with speed the priority in an on-the-go environment. New, imaginative tailored games for VR will be the next to emerge, with new variations and the chance to bring new, engaging styles to the mix that seek to intensify that experience and bring new life-like adventures from the comfort of your living room.

The big question is. When will this arrive? Virtual reality hasn’t taken off in quite the way many developers had hoped, but with a bit of patience, it could arrive sooner rather than later…