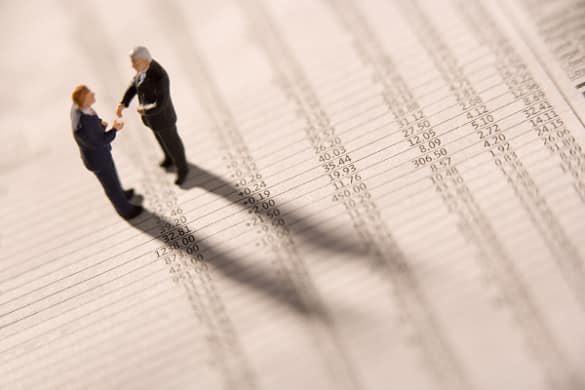 Why Serbia is a new business destination

An increasing number of foreign companies do not miss the opportunity to expand their businesses to Serbia due to the many advantages that this country provides. Also, a large number of foreign citizens choose Serbia for their new business.

What makes Serbia so attractive?

Due to these benefits, Bosch, Siemens, Microsoft, NCR, Cisco, Panasonic, Gorenje, Michelin, ZF, Brose, Fiat Chrysler Automobiles, Continental, Syngenta, Swarovski and Geox are just some of the many companies operating in Serbia. In addition to opening an establishment of a company, Serbia is chosen by entrepreneurs and those who establish LLC in Serbia.

A large number of foreign companies are active in Serbia

The fact that several thousand foreign companies operate in this country is the best evidence of how attractive Serbia is as a business destination. According to the official records from 2021, every tenth owner out of total number of active companies, foundations and associations in Serbia is a foreigner.

Serbia is most attractive to citizens and companies from the USA, Great Britain, Germany, Austria, Slovenia, Italy and Poland. The largest number of foreign companies is registered in Belgrade, but also in other cities such as Novi Sad and Kragujevac, which have adequately responded to the needs of foreign employers.

Some of the most successful companies in the IT sector operate in Serbia, such as: Microsoft, Asseco SEE, Ubisoft, Zuhlke Engineering, Symphony, Ximedes, Vega IT, HTEC, FIS and Schneider Electric. In recent years, global leaders have recognized the value of IT companies from Serbia, so the American company Take Two bought Nordeus, Endava bought Digital Services from Comtrade, while Nutanix bought the American-Serbian startup Frame. Epic games entered the Serbian market by buying the startup 3lateral.

In which sectors are foreign companies active?

The largest number of foreign companies in Serbia belong to IT sector, i.e. computer programming sector. The competitive advantage of Serbia, caused by low operating costs, mainly low expenses of qualified IT experts salaries, was crucial for Serbia to become a new business destination.

Developer salaries are significantly lower in Serbia than in developed countries of Western Europe or North America, so the salary of one developer in Germany is enough to pay out several salaries in Serbia. Workforce quality in Serbia is ensured by educating quality personnel at several technical faculties, while the majority of students speaks at least one foreign language.

According to a research conducted during the period from July 2020 to February 2021, the average developer net salary in Serbia is 1,225 euros per month. The salary level is mostly affected by the number of years of work experience, so the average salary of a junior developer equals €736, medior developer – €1,144 and senior developer – €1,724. The developers who know programming languages such as JavaScript, SQL, Java, Python, C#, .NET, PHP i C++ are most in-demand.

Apart from IT sector, European companies in Serbia provide consulting services, build residential buildings and office space, they are engaged in energy, agriculture and wholesale of different goods.

How to open a company in Serbia

Do you have a good idea, specific professional knowledge or you are an IT expert and you want to open a company in Serbia? Founding a company in Serbia is quite simple and fast, both for foreign citizens and the citizens of the Republic of Serbia. Before you initiate registration procedure, it is necessary to choose the legal form of your business and submit documents correspondingly. If you want a Serbian residence permit, you can become en entrepreneur or found an LLC.

If you have opted for a limited liability company (LLC), the company can have one or more founders, who can pool capital and resources. Another, simpler option is entrepreneurship. In this case, your most important liability is to pay a pre-defined tax on a monthly basis. Various experts, especially those in IT sector, usually work as freelancers, i.e. entrepreneurs.

Opening a company in Serbia is not a complicated process but if you want to save time, an authorised person or an agency can register the company on your behalf.