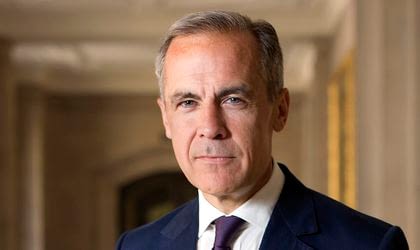 Who will replace Mark Carney?

Mark Carney is being backed at 9/4 with Betway to remain in his position as the Governor of the Bank of England beyond June 2019.

Though widely anticipated to step aside from his role next summer at 1/3, the leading online bookmaker is responding to suggestions that Carney should stay on amidst post-Brexit uncertainty.

While Carney is 1/3 to be replaced next year, Andrew Bailey, whom Betway suspended betting on back in April, has been backed further into 2/5 from 4/5 for the job, followed by senior British civil servant Dave Ramsden at 100/30.

Betway’s Alan Alger said: “Breaking away from Europe and changing the Governor of the Bank of England all in the space of three months could wreak havoc with the UK economy.

“Mark Carney may well be asked to extend his stay and we go 9/4 for him to carry on beyond June, though it’s still fancied that he’ll be replaced at 1/3.

“Of those lining themselves up for the job, Andrew Bailey’s CV is likely to be near the top of the pile and he’s been backed into 2/5 from 4/5 over the past couple of days, while Ben Broadbent and Jon Cunliffe have both been pretty friendless in the betting.”

Mark Carney to extend beyond June 2019:

Experts warn ‘interest rate hike will increase borrowing and will...

Interest rate hike ‘will increase pressure on small firms with...

Bank expected to hold rates, and growth disappoints in October

By spring inflation could ‘comfortably exceed’ 5% when energy bills...