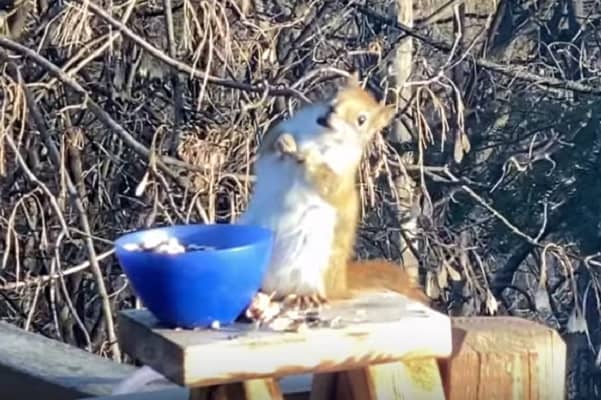 A video has been doing the rounds on YouTube after a video captures a drunk squirrel trying to catch its balance as the animal starts to fall backward.

The video was taken on Friday in Minnesota, USA which show the squirrel looking completely dazed.

Kathleen Morlok told MailOnline she decided to clean out her refrigerator on Friday, when the squirrel was captured eating the fermented pears.

She said, “I found a very old bag of pears in the bottom. Instead of throwing them away, I threw two onto our deck for Hamlet, our pet pig.

She added, “I did not realise he left one under the table outside until I saw the little red squirrel happily grab the whole thing and run away with it into the trees.

She said because the squirrel enjoyed them so much she gave the rest of the fermented pears to it.

The she said it “seemed very off,” as he kept leaning back while eating.

She added, “That is when it occurred to me that the pears must have fermented in the bottom of the fridge.”