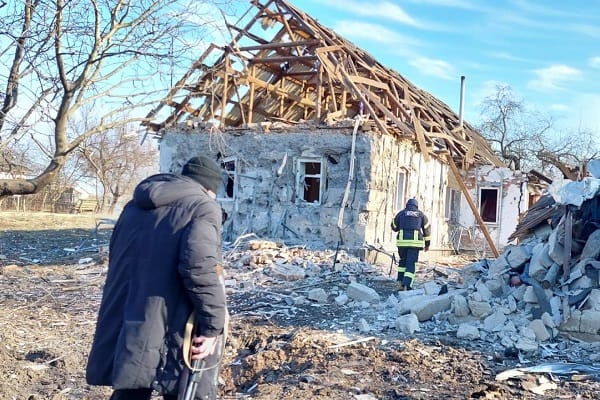 The Ukrainian President Volodymyr Zelenksy has warned that Vladimir Putin is using “hunger as a weapon” and starving children are being “forced to eat their pets” to survive.

Russian troops have been “stealing food” from civilians forcing families to make heartbreaking choices by eating their beloved pets to survive.

Tymofiy Mylovanov, an advisor to Ukrainian President who is documenting the long list of war crimes said, “In Holodomor, in a village in Chernihiv region Russians took away all food.

“People survived on what they had hidden, pets…”

He said, “This night our territory was again hit by Russian missiles. It was done cunningly and hit civilian infrastructure.

“They have also blocked all of our seaports together with vessels which had agricultural cargo for export.

“Why are they doing this? For them, hunger is also a weapon, a weapon against our ordinary people, an instrument of domination.

“Ukraine is one of the leading food supplying countries in the world…without our food more than a dozen countries will have shortages – this is the reality for millions of people who are hungry, especially in northern Africa.

“What will happen? There will be political turbulence and violence and new refugees will be looking to save their lives.

“Russia is using this hunger weapon.”