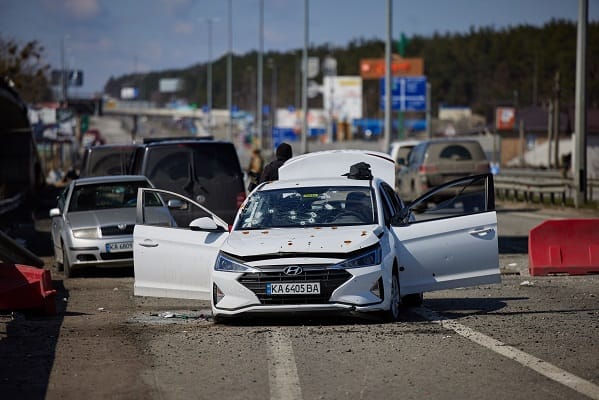 The Ukrainian President Volodymyr Zelensky has grimly warned that hundreds more civilians are feared dead in other recaptured towns in Ukraine which could be far worse than what was seen in the Bucha massacre.

He said that Russian soldiers have committed war crimes that was not “even during the Nazi occupation 80 years ago” as at least 410 executed civilians have now been found in Bucha.

President Zelensky said in his late night address, “We have just begun an investigation into all that the occupiers have done.

“At present, there is information about more than three hundred people killed and tortured in Bucha alone.

“It is likely that the list of victims will be much larger when the whole city is checked.

“And this is only one city.”

He warned, “There is already information that the number of victims of the occupiers may be even higher in Borodyanka and some other liberated cities.

“In many villages of the liberated districts of the Kyiv, Chernihiv and Sumy regions, the occupiers did things that the locals had not seen even during the Nazi occupation 80 years ago.

“The occupiers will definitely bear responsibility for this.”

Ukraine’s Foreign Minister Dmytro Kuleba warned that this is just the “tip of the iceberg” as there is evidence of even more killings.

Iryna Venediktova, who is the Ukraine’s prosecutor-general, warned that what happened in Borodyanka, to the north west of Kyiv, could be the “worst situation in terms of the victims.”

“All these people were shot, killed, in the back of the head.”