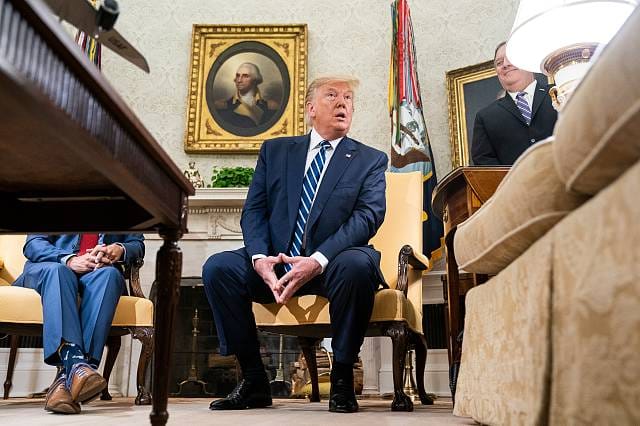 The US State Department have ordered the Chinese consulate in Houston, Texas to close by this Friday, “in order to protect American intellectual property.”

Beijing have said the move is “political provocation” and China’s foreign ministry spokesman Wang Wenbin said it was “outrageous and unjustified.”

Chinese officials were seen burning papers in the consulate’s courtyard, which led to the statements being made.

Ortagus added, that the US “will not tolerate the PRC’s violations of our sovereignty and intimidation of our people, just as we have not tolerated the PRC’s unfair trade practices, theft of American jobs, and other egregious behaviour.”

In another statement, the US State Department accused China if engaging “in massive illegal spying and influence operations.”

Furthermore, for interfering in “domestic politics” and have “coerced our business leaders, threatened families of Chinese Americans residing in China, and more.”

Tensions between Beijing and Washington have been growing for months and on Tuesday the US Secretary of State Mike Pompeo said that China’s President Xi Jingping is “disgraceful.”

The US Secretary of State who was is in Downing Street for a summit meeting on Tuesday,o slammed the Chinese President and called him “disgraceful” for “exploiting” the coronavirus pandemic for their own interests.

President Donald Trump’s administration have clashed for many months over trade, then the coronavirus pandemic, whith Washington blames China for and more recently Beijing’s imposition of the new controversial security laws in Hong Kong.

Wang said that the decision by Washington is “an unprecedented escalation” which violates international law.

However, under the Vienna Convention on diplomatic relations, it states, that they “have a duty not to interfere in the internal affairs” of a host country.

Wang accused Washington of “shifting the blame to China with stigmatisation and unwarranted attacks,” and urged the US to reconsider.

On behalf of China Wang threatened the super power, that if Washington insists “on going down this wrong path, China will react with firm countermeasures.”

Wang said, “In reality, in terms of the number of Chinese and American embassies and consulates in each other’s countries and the number of diplomatic and consular staff, the US has far more people working in China.”

China’s Foreign Ministry have warned all Chinese students across the US to “be on guard.”

Chinese officials have now accused, “US law enforcement agencies have stepped up arbitrary interrogations, harassment, confiscation of personal belongings and detention targeting Chinese international students in the US.”

All this comes as on Tuesday, the US indicted two Chinese nationals for allegedly spying on the US coronavirus vaccine development and research companies for the Chinese Security Services.

It has not been verified that this is the reason for the closure of the Chinese consulate in Houston, Texas.