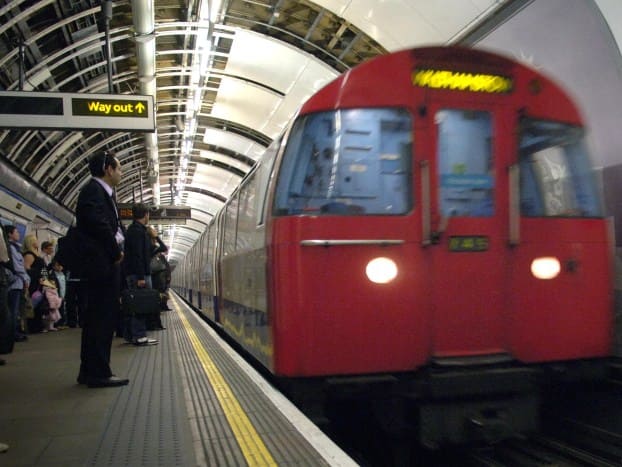 Tories are like Hitler and Mussolini for backing Tube strike ban, say unions

Tory London Assembly members have called for Tube strikes to be banned and replaced with independent arbitration, in a report published today.

The report, by London assembly member Richard Tracey, suggests bringing in a requirement for 50% plus one of eligible staff to vote for arbitration in the event of a dispute.

The report includes a poll of 285 Londoners in which 48% of those surveyed said they backed some level of restriction on strike action. However, only 16% wanted a “complete ban” and 14% said “the current system works just fine”.

Meanwhile, 59% agreed that it was too easy for union members to go on strike, with only 14% disagreeing.

In the 2008 Mayoral Election, Boris Johnson promised to bring in a no-strike deal with the unions, however transport unions refused to agree to a voluntary deal.

Tracey said: “Almost half [of Londoners] would favour a ban on industrial action. Banning strikes tied to a wider package of compulsory arbitration will protect commuters and the UK’s economy.

“It will also ensure Tube drivers and staff do get a fair hearing from London Underground management when seeking to secure wage and benefit improvements. And there is no reason why we cannot curb strikes and implement compulsory settlements on other forms of transport in London and across the UK.”

In response to the report, RMT union General Secretary Bob Crow said: “One of the first things fascist dictators like Hitler, Mussolini and Pinochet did when they seized power was to ban transport workers from taking strike action so the Tory group on the London Assembly find themselves in some high profile company on this one.

“This crowd have obviously over-dosed on their post-Thatcher adulation and are looking to ramp-up the anti-union rhetoric in advance of the publicly financed funeral on Wednesday. Of course, banning the fundamental human right to withdraw your labour, a right that distinguishes a free workforce from forced labour, is all the rage on the far right and anyone stupid enough to try and embark on such a policy is doomed to failure as Boris Johnson found out.”

Crow’s scathing response comes as the RMT union announced it was carrying out a strike ballot for action on the Piccadilly Line “in response to London Underground riding roughshod over agreements and abusing a range of agreed policies and procedures”.

Crow said: “Driver and instructor members on the Piccadilly Line are furious at this unilateral attack by the company on working conditions, agreements and procedures and we are moving forwards with plans for a ballot for strike action.

“We will of course be in talks with our sister drivers’ union ASLEF and London Underground should be in no doubt about the union’s determination to protect working conditions and to stop the abuse of procedures.”

More strikes?! Boris bike workers could be next in line