Home Business NewsBusiness Charlie Mullins: Britain would be an economic minnow without Thatcher 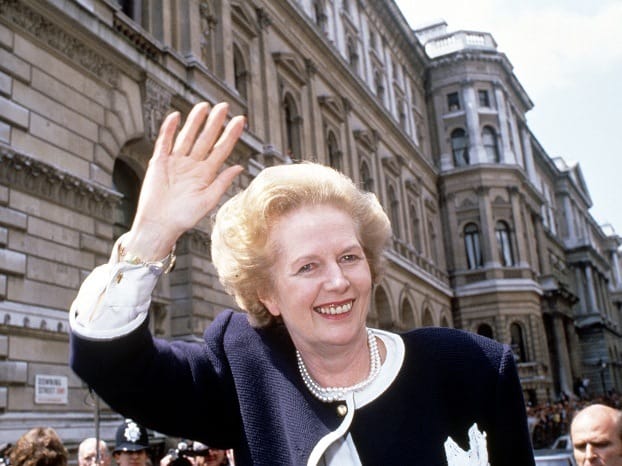 Without, Margaret Hilda Thatcher, there would be no Pimlico Plumbers. Companies House would be missing hundreds of thousands of small businesses, which in post-Thatcher modern Britain form the backbone of our economy. Without The Iron Lady modern Britain would be a political and economic minnow, with about as much international influence as Belgium.

There are many myths associated with Mrs Thatcher, but here’s something the grocer’s daughter from Grantham actually said:

“I passionately believe that it’s the growth of small businesses into large ones that is critical for Britain’s future. And the only way we will produce jobs, real jobs, jobs that sustain.”

Apart from the obvious parallels with the chosen policy of our current government with regard to recession recovery, it’s her belief in the ability of commerce to make things better for everyone that launched generation of one man bands, and paved the way for generations of entrepreneurs, some of whom were not born when she left office.

I’m getting ahead of myself here though because I think to truly understand Mrs T’s legacy you have to remember what living in 1979 was like. The irony of this is that she so thoroughly obliterated that political and economic landscape from existence that it is difficult to focus on the huge impact she had on the nation.

For those unable or unwilling to dredge up the 1970s let me paint you a picture. This was a time when industry was forced to adopt a three-day-week schedule because we didn’t have enough electricity, a direct result of striking miners. Electricity also caused television companies to cease broadcasting at 10.30pm, strikes caused rubbish to pile up in the streets for weeks, and at times we even had trouble getting sugar for our tea.  The place was in a mess, the country was so broke we were forced to beg the IMF for a bailout, and one year the place was so unstable we had two elections.

In short we were out on our feet and being held down by the trade unions for a Big Daddy style ‘Big Splash!’  Britain of 1979 was no place to run a business, and certainly not a nurturing environment to start one. What industry we had was mostly based on antiquated nineteenth century technology, riddled with rust and falling to bits. And then there were the nationalised industries, Rail, Telecom, Petroleum, Water, etc completing the picture that made us an international political and economic laughing stock.  And if you don’t believe me, find someone over 60 and ask them how long it used to take British Telecom’s 250,000 employees to put a phone on at a new business!

Lady Thatcher took this Victorian junk heap and forced it to become a modern economy. One of her young  ministers, Ken Clarke, said of her this morning: ‘She gave us the courage of our convictions.’ He was talking about Mrs Thatcher’s influence on those around her during 11 years of such great change and upheaval, but I think it summed up what she did for all of us.

She let us buy our council houses; she stood up to violent attack at home and abroad; she privatised our inefficient state owned industries and she made sure the people had access to the shares, and of course she smashed the unions, so they could never again hold the economy to ransom.

And I think by showing that she would not let anything get in the way of her national renovation project, and that it was for everyone, not just the rich, and certainly not the trade unions, people like me all of a sudden thought we had half a chance of getting our fair share of things if we got out there and worked hard and took a few chances.  Like Ken Clarke we thought if this woman believes she can take on the miners, the IRA and an Argentinean military dictatorship then maybe we can make something of ourselves.

What Mrs Thatcher did for this country was bulldoze away the 1970s culture that was holding us back, and by doing so she provided us with the conditions and crucially the confidence to start and succeed with our businesses.  And perhaps of even more importance, Mrs Thatcher changed the way we think, and by doing so made available the choice to be an entrepreneur to the current generation, and those still to come.

Helen of Troy was said to be the face that launched a thousand ships, I think Baroness Thatcher must go down as the Iron Lady who inspired a million small businesses. A great woman and a huge loss.

Margaret Thatcher: All national front pages – and their mixed reactions