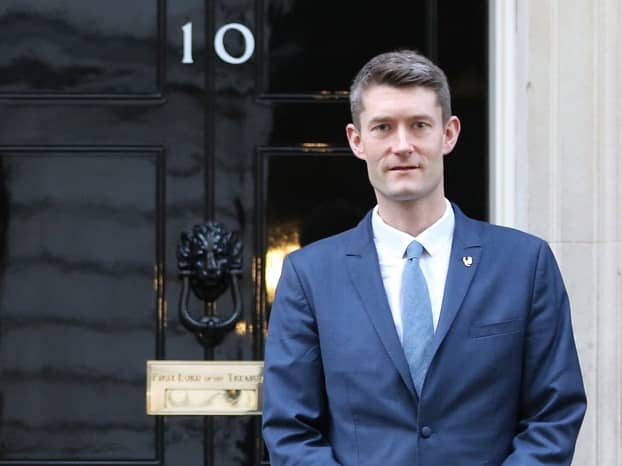 “It is heartening to see the UK government government focusing on the technology industry,” says Titus Sharpe, CEO of mvfglobal.com

Technology is something which the British are historically rather good at.  British innovators have been responsible for some of the most notable developments, such as the invention of the computer itself, the development of LCD screens and the world wide web. In more recent times we have seen the ‘build your own computer’ company Raspberry Pi, 3D organ printing and space technology coming out of the UK and making waves internationally. It has not however, always been lorded as one of our flagship industries.

Recently I was invited to 10 Downing Street for an afternoon of talks with business adviser to David Cameron, Daniel Korski. I was invited as a founder member of the Kentish Cluster, a local collective of successful North London technology companies committed to promoting the area as a hub for new industry, to discuss how the government could help support UK technology start-ups and other emerging businesses like ours. This was an exciting invitation to receive and one which I hope marks the beginning of a new focus on UK technology as one of the nation’s most promising global exports.

For many years, the UK technology industry has been seen as a small scale version of the US; a few flagship brands who are making a small dent on the international stage. This invitation suggests that technology may finally be getting the backing it needs. During the meeting, members of the Kentish Cluster were invited to discuss some of the experiences and challenges we faced as our businesses grow, and propose what could be done in the future to support the growth of UK tech start-ups, such as support from UK Trade and Industry or better technology skills for the next generation.

As CEO of one of the UK’s fastest growing technology companies, MVF, it is heartening to see the UK government focusing on the technology industry and fast growing companies.   I welcome any efforts to place us in the global arena and encourage more people to consider a career in technology.

The meeting promises a new focus on technology for the UK and a renewed investment in developing Brit tech as a leader in the field. Technology is not just about the latest social platform, or gadget, technology has the power to transform vital resources like healthcare, food production and most immediately, Britain’s employment issues. By encouraging science and technology courses in schools and universities, the government could bring huge career opportunities to thousands of young people in the UK and plug a talent gap which sees many companies seeking staff from overseas. This would keep more technology firms in the UK as they grow, and could provide a great boost for the economy.

Supporting the development of Brit tech will aid the economy on two fronts, giving a prosperous avenue for new business, and providing careers for a new generation of workers.

Our pedigree as the greatest innovators in the world cannot be disputed. It can only be challenged by competitors in other countries, and that’s a challenge we will relish undertaking. The audience at number 10 was a significant reboot for Brit tech.

Got two mins to tell us how we can improve LondonlovesBusiness.com for you? Take our super-quick survey. Thanks!

Who created the world’s most sophisticated hacking spyware?

These are the 20 fastest-growing tech companies in the UK