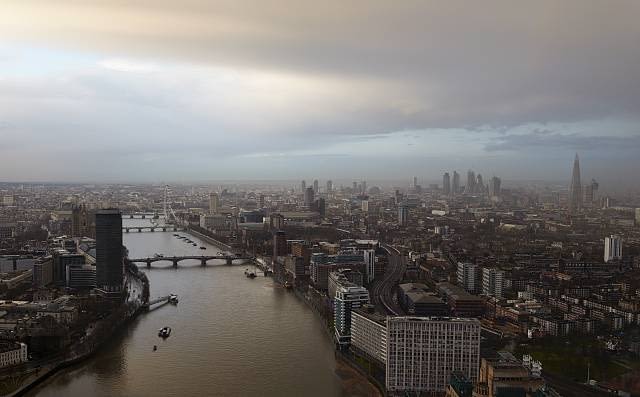 Future smart cities promise to harmonize the benefits of these key disruptive technologies for society and provide a high quality of life by design.

Simultaneously, they also assume that pervasive surveillance and data capture are permissible to city residents.

However, when every sector is being disrupted and all our assumptions are being challenged – it can be hard to develop a clear future vision and strategy – but that’s exactly what we have to do. City governments need to create inclusive processes that inform citizens about the forces shaping the future and then engage the population in dialogue about the kind of future we want to create.

Smart cities are designed to inform decisions by capturing massive amounts of data about the population and its patterns. This information gathering results in what is called big data, and it is essentially gathered via surveillance.

It is collated from a constantly evolving and expanding IoT – encompassing traffic lights and cameras, pollution sensors, building control systems, and personal devices – all literally feeding giant data stores held in the cloud. The ability to crunch all this data is becoming easier due to rampant growth in the use of devices algorithms, AI, and predictive software.

Singapore is a leading example of a smart city, and is constantly evolving its “city brain,” a backbone of technologies used to help control pollution, monitor traffic, allocate parking, communicate with citizens, and even issue traffic fines.

The behavioral aspect is not to be overlooked. Singapore’s “brain” is attempting to modify human behavior; for example, one system rewards drivers for using recommended mapped routes, and punishes those who do not. Ultimately, Singapore’s planners hope to discourage driving, and guide most commuters to making greater use of public transportation.

The city is planning for 100m “smart objects” including smart traffic lights, lamp posts, sensors, and cameras on its roadways, which will be used to monitor and enforce laws. In the UK, where $634B is earmarked for infrastructure over the next several years, drivers are already saving up to half an hour per day on the M62 smart motorway through the use of congestion management techniques such as dynamic signage, variable speed limits and peak period access to the hard shoulder.

Essentially the Internet of Things ( IoT) means that everything (“things”) – and potentially everyone – will become beacons and data collection devices. Hence, after data, the IoT is the second driving force behind the rise of smart infrastructure; in order for everything from air conditioning to parking meters to function in a smart city, the use of microphones, sensors, voice recognition, etc. must be hooked up to the IoT.

Companies and planners are already beginning to explore the possibilities; a case study from India suggests that light poles along the highways can offer both smart city and connectivity solutions. In addition to helping monitor road conditions, the light poles could be fitted as high-speed data connections.

As cities grow in size and importance to the global economy, it will be increasingly important that they adopt the most innovative and forward-thinking design and sustainability ideas. As a smart infrastructure future unfolds, three important new technologies—big data, the IoT and renewable energy—are working in tandem to transform the day-to-day.

For example, South Korea is planning an entire network of smart roads by 2020, including battery-charging stations for electric vehicles (EVs) as well as infrastructure to handle autonomous vehicles.

All this data and awareness will enable decisions that make the best possible use of space, fuel, energy, water, electricity, and all resources, with an emphasis on sustainability. For example, a clear priority is being able to anticipate big traffic jams and provide alternate routes to save time, fuel, and reduce impact on the city infrastructure itself. Limiting waste is a very logical outcome and benefit of the merging of big data, AI and IoT which feeds into the rise of smart infrastructure.

There is also a new scientific forecasting tool to predict solar weather, which will make the rollout of solar on smart roads (and in homes) a more feasible option. Eventually, with a growing array of such distributed power solutions, a centralized energy distribution grid for UK homes and businesses may not be necessary.

The smart city movement now afoot has the potential to transform the organization of people and physical objects in a way that transcends urban development as we know it. The shift to smart infrastructure is not simply fashionable or aspirational; in many ways, it appears to be a critical enabler of the future sustainability of cities. It can be argued that the future of human life on the planet rests on a smooth transition to cities that are more efficient, less wasteful, and more conscious of the impacts of the individual upon the greater good.